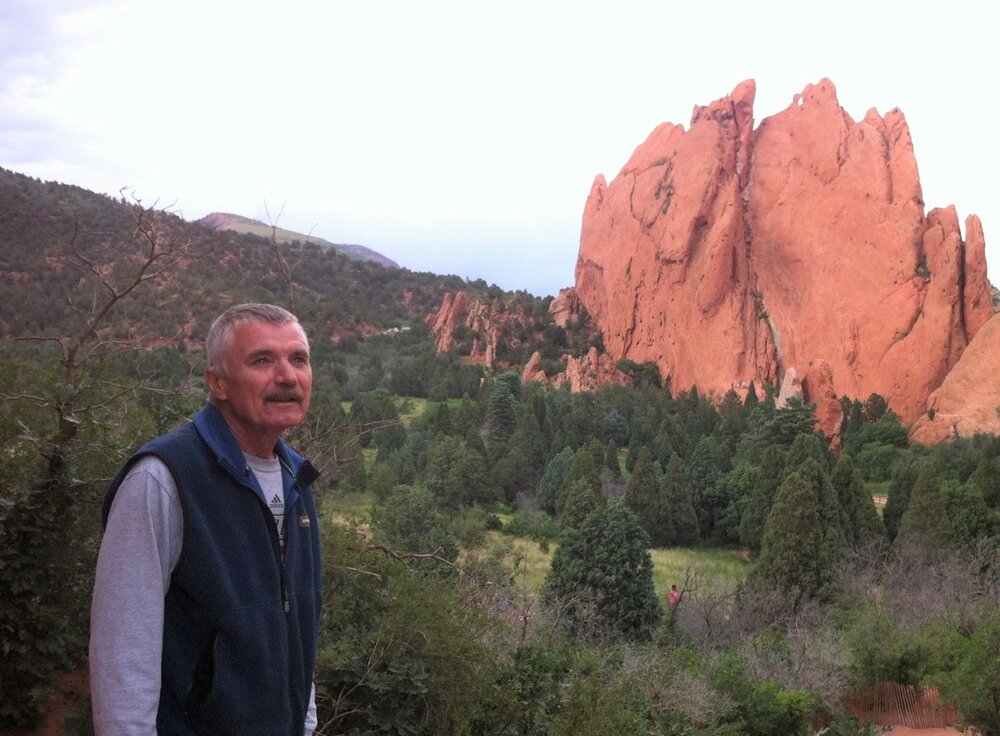 Dan was a Christmas present to his parents, John and Helen (Grgich) Loden, born on December 25, 1951 in Milwaukee, Wis. He graduated from Waukesha Memorial High School in 1970, where he was a star athlete, leading the football team as quarterback. Dan was an excellent softball player and in 1972 he met Connie Coley while playing for a softball team in North Prairie, Wis. They married on February 16, 1974, and shortly thereafter began creating their family, welcoming their daughter, Robyn, followed by their son, Tony, 3 years later.

In his early years, Dan enjoyed playing softball, cross country skiing, reading, bird hunting and spending time with his family and friends.   Prior to marriage, Dan hung out with a close group of friends, who lived together in a flat in Waukesha, which became known as the Barstow House, where all experienced good times together. The Barstow Gang remained some of his closest friends throughout life.    He was an avid bicyclist and found joy in going for long distance rides on the backroads of Wisconsin. Dan loved watching his children play sports and following their achievements as they became adults. He was very proud of them. He delighted in seeing his granddaughter, Maggie, excel at hockey.

In retirement, one of his passions was delivering meals to seniors for the Watermark Community Center in Beaver Dam, and putting a little joy in their day with a friendly smile and “hello” - following the suggestion of the lyrics of one of his favorite songs, “Hello in There” by John Prine, a favorite musician Dan had the pleasure of seeing perform live many times over the years.

In 1976, the family moved to Upson, Wis. to manage Olympia Sport Village, a cross country ski resort and sport training camp in northern Wisconsin.  As the children were growing and becoming involved in school activities, they made the decision to leave resort life and Dan took a position with Ironwood Plastics in Ironwood, Mich., where he served as both as Quality Control Manager and later as Purchasing Manager, which he related was like “beating people up over the phone.”  After a stint in that position, he decided he would prefer to make coffee “fun” for the people and visitors to Hurley, Wis., and started the Hurley Coffee Company, which he operated from 1997-2003.  In 2003, Dan relocated to Salt Lake City, Utah, where, as an Assistant Manager for HMS Host, he continued serving great coffee and food offerings to airport travelers from around the world, including a few celebrities. Continuing to work for HMS Host, he transferred back to Wisconsin in 2015 to work at the Milwaukee Airport until his retirement in 2018.

He was preceded in death by his parents John and Helen Loden; and brother, Thomas Loden. Also, preceding him in death was his beloved dog, Penokee.

He will always be held in the hearts of his many friends and loved ones – remembered as a kind, smart and gentle person who made them laugh and encouraged them to be their best.

In accordance with his wishes and another John Prine favorite lyric, “Oh, please don’t bury me down in the cold, cold ground,” cremation will take place. A Celebration of Life will take place at Ceasar, Charapata & Zinnecker Funeral Home, 237 N. Moreland Blvd, Waukesha, Wis. at a time TBD.  If you would like to send condolences or share memories of Dan, please send them to Dan Loden Family, 812 Beaver St., Beaver Dam, WI 53916, or visit the memorial website at www.WaukeshaFuneralHome.com . Please continue to check the website for Celebration of Life arrangement details as they unfold.

To send flowers to the family or plant a tree in memory of Daniel Loden, please visit Tribute Store

Share Your Memory of
Daniel
Upload Your Memory View All Memories
Be the first to upload a memory!
Share A Memory
Send Flowers