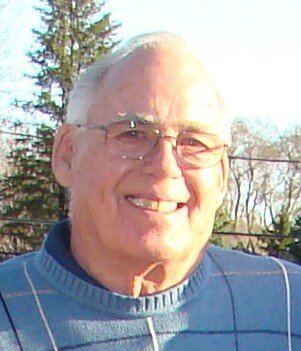 Passed away peacefully on January 4, 2023 at the age of 87. James H. Warden was born on January 6, 1935, in Milwaukee, WI to Guy and Lucille Warden. He graduated from North Division High School in Milwaukee and served in the Air Force from 1956 to 1960 as a radar technician on fighter planes. Upon his departure from the military, he began working at The Milwaukee Journal as an assistant cashier and then a computer programmer. In June of 1963, he married Karen Voyce. James went on to become a Data Systems Analyst for Payco American Corporation. He retired from his position there in 2000.

In retirement, he enjoyed traveling. He took 17 cruises and 4 escorted motor coach tours. James traveled to London twice and made numerous trips to Sanibel Island in Florida and to New Orleans. He enjoyed golfing and watching the Milwaukee Brewers. He was an avid Green Bay Packers Fan, in fact, a proud 60-year Gold Package season ticket holder.

A Memorial Gathering will be held on Tuesday, January 24, 2023, from 1:00-3:00 p.m. with a Memorial Service to follow at 3:00 p.m. at Cesarz, Charapata, & Zinnecker Funeral Home (237 N. Moreland Boulevard, Waukesha, WI 53188) In lieu of flowers, contributions may be made in Jim’s name to HAWS, the Elmbrook Humane Society, or the charitable organization of your choice.

To send flowers to the family or plant a tree in memory of James Warden, please visit Tribute Store
Tuesday
24
January