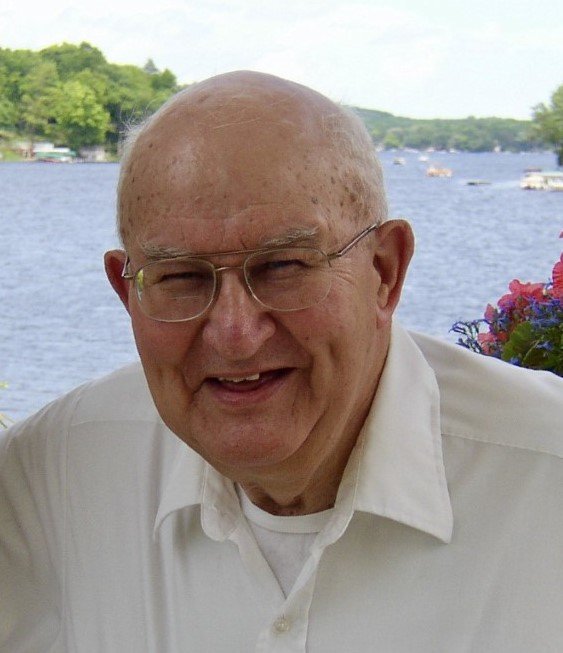 Stephen Hodas passed away on April 12, 2021 at the Lewis Memorial Christian Village in Springfield, Illinois. He was 88 years old. Stephen Anthony Hodas was born on May 31, 1932 in Carrollville, Wisconsin, now a historic district in the southeast corner of Oak Creek.

He was a first-generation American, born to Czechoslovakian immigrants. A graduate of South Milwaukee High School and a United States Army Veteran (Active Duty 1952-1954), Steve was a machinist at Allen-Bradley (Rockwell Automation) for 39 years. In his single days, Steve was a member of the South Shore Yacht Club and the Vagabond Ski Club in Milwaukee, and he skied across Europe. Before entering Active Duty, he took a solo road trip crisscrossing the United States.

Steve enjoyed camping, skiing, swimming, sailing his boat on Lake Michigan and the Mississippi River, sometimes with his nieces and nephews aboard, fixing cars, good food, and a dry gin martini.

He met the love of his life, Alice (Wittberger), while on a bicycle trip in Door County Wisconsin with the Vagabonds. They were married from 1967 until her death in 2006.

Steve and Alice’s final home, “Nature’s Window,” was located in the Town of Ottawa, Waukesha County, Wisconsin, where they enjoyed hiking in the woods, swimming at Lake Ottawa, attending St. Paul’s in Genesee Depot, Friday night fish fries, and celebrating happy hour with a cocktail poolside or indoors while reading the Milwaukee Journal.

Due to the covid restrictions, a private funeral mass will be held at St. Paul’s Catholic Church.  Burial will follow at St. Paul's Catholic Cemetery.

Memorials may be made to Disabled American Veterans at www.dav.org or to St. Paul's Catholic Church, P.O. Box 95, Genesee Depot, WI, 53127.

To send flowers to the family or plant a tree in memory of Stephen Hodas, please visit Tribute Store
Monday
19
April

Share Your Memory of
Stephen
Upload Your Memory View All Memories
Be the first to upload a memory!
Share A Memory
Send Flowers