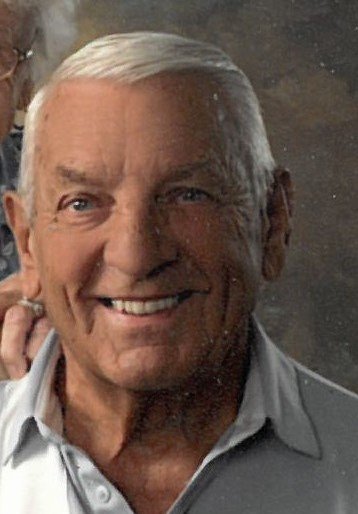 Richard “Dick” P. Blankenhagen, of Waukesha, passed away with his family by his side on February 3, 2021 at the age of 90. Dick was born on October 7, 1930 in Oconomowoc, the son of the late Richard and Elsie Blankenhagen. He married the love of his life, Delores Jones, on October 14, 1951. In his youth, Dick played baseball and boxed in the Golden Gloves. Dick was a Milwaukee businessman where he and his wife owned Bud’s Butcher Shop and then Bud’s Tavern. He was a member of Beautiful Savior Lutheran Church, an avid Brewers and Packers fan, and enjoyed many years spending his winters in Florida with his wife. Dick worked at Animal Kingdom at Disney World where he was named Cast Member of the Month. Most of all, Dick loved spending time with his family.

Dick will be deeply missed by his wife, Delores; children, Bob (Geri) and Debbie (Brian) Gracyalny; grandchildren, Dan (Bekka), Autumn (Mark) Hudzinski, Steve, and Heather; great grandchildren, Amelia, Emma, and Quinton. He is further survived by nieces, nephews, other relatives and friends. Dick was preceded in death by his parents, sisters, brothers-in-law, and sisters-in-law.

There will be a private service for the immediate family officiated by Pastor Peter Schmidt. Burial will follow at Salem Cemetery in Wales, WI. A celebration of Dick’s life will be held for extended family and friends at a later date.

To send flowers to the family or plant a tree in memory of Richard Blankenhagen, please visit Tribute Store

Share Your Memory of
Richard
Upload Your Memory View All Memories
Be the first to upload a memory!
Share A Memory
Send Flowers