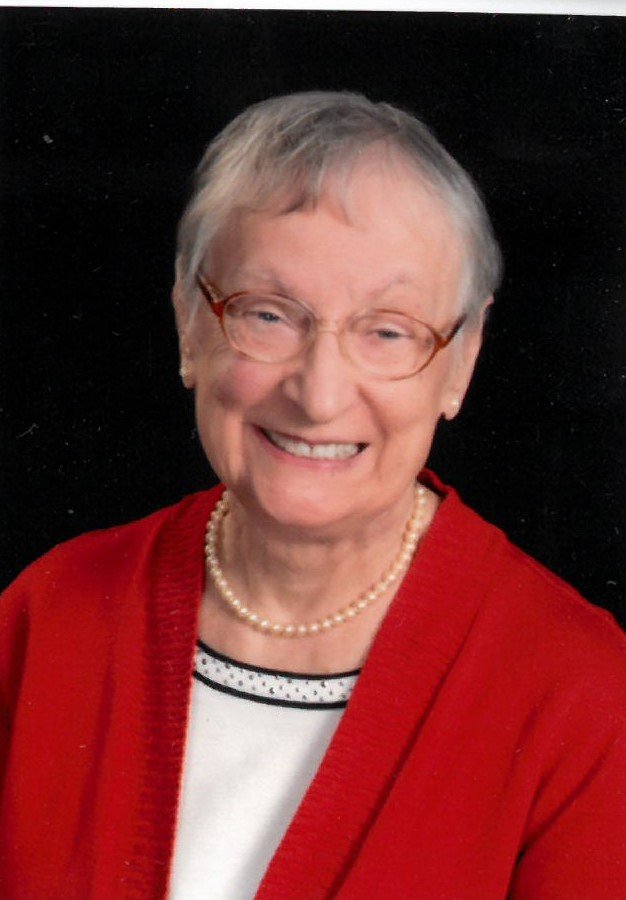 Mary Jean Mathes of Waukesha passed away on September 21, 2019 at the age of 86.   She was born on August 22, 1933 on the family farm near Tigerton, WI, being the seventh of nine children born to Paul and Mary (Prahl) Lehman.

As she grew up during the Great Depression and World War II, she first attended Hillside School, a one-room school where her mother had taught before marrying Mary Jean’s father.   After it closed, she attended school in Tigerton, graduating from high school in 1951 as the valedictorian of her class.

Mary Jean graduated in 1955 from what is now UW-Stevens Point with a Bachelor of Science degree in Elementary Education. She was an elementary school teacher at the Merrill Elementary School in Oshkosh for seven years, and at the former Northview Elementary School for twenty-six years, retiring from teaching in 1989.

On October 27, 1962, she married Sidney Mathes at St. John Lutheran Church in Tigerton. They enjoyed over fifty-three years of marriage before he passed away on December 16, 2015. She was a devoted wife, mother and sister, and loved her extended family. She was a member of the Gethsemane United Methodist Church since 1965. She volunteered and was a member of the History and Missions Committee. Mary was also a member of the VFW Auxiliary 721 and the American Legion Post 8.

Mary Jean especially enjoyed watching Wisconsin Badger teams, having attended many of its football bowl games and having football season tickets for many years. She enjoyed going to Milwaukee Brewer games with friends, and also liked watching the Packers and Bucks. She looked forward to weekly bridge games with her friends Carol, Dorothy and June.

A visitation for Mary Jean will be held on Friday, September 27, 2019 from 9:00 am until the time of the 11 am funeral service at Gethsemane United Methodist Church, 642 Main Street, Pewaukee, WI 53072.   The Reverend Pete Peterson will be officiating. The burial will take place at Tigerton Union Cemetery in Tigerton, WI on Monday, September 30, 2019 at 12 noon. In lieu of flowers, memorials in Mary Jean’s name to Gethsemane United Methodist Church (see address above) would be appreciated.

A special thank you to nieces Linda Mann, Karen, Jackie, and also Lori and Debbie for their care for Mary Jean. Thanks also to neighbor Christina for her friendship and help.

Cesarz, Charapata and Zinnecker Funeral Home, Cremation and Pre-Planning Services is serving the family.   For further information, please call 262-542-6609, or for directions, an online obituary, or to leave a condolence, please visit www.WaukeshaFuneralHome.com.

To send flowers to the family or plant a tree in memory of Mary Mathes, please visit Tribute Store
Print
Friday
27
September