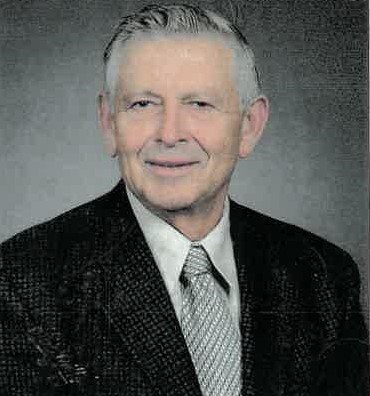 Edwin Ross Reddington, 88, of Woods Rd., town of Genesee, WI passed away Sunday, May 5, 2019 at Waukesha Memorial Hospital. He was born May 31, 1930 in Kansas City, MO, the first child and son of Edwin Ross Reddington, Sr. and Iza Iona Chandler. His early education was in Kansas City, MO. He was a 1948 graduate of Raytown High School, Raytown, MO, and graduated from Iowa State University, Ames, Iowa in 1952 in Dairy Industry with a Bachelor of Science degree. He served for two years in the Army during the Korean Conflict 1952-1954.

On June 13, 1954, he was married to Marjorie Mae Wiltse in the Falls City, Nebraska at First United Methodist Church. From 1954-1971, Mr. Reddington worked for Carnation Milk in Coshocton, OH for one year and for Borden’s Milk in Chicago, IL, Hammond, IN, Reedsburg, WI and Milwaukee, WI.  In 1964, he became Plant Superintendent of the Borden’s Milk Company, Milwaukee. From 1972-1973 he was with Economics Lab-Klenzade Division. From 1973-1990 he worked at Echo Lake Farm Produce, Burlington, WI as Plant Superintendent.

On January 1, 1990, he retired. He and his wife’s traveled extensively. Visiting numerous international countries. They also traveled across the United States in their motor home.

To send flowers to the family of Edwin Reddington, please visit Tribute Store
Saturday
11
May