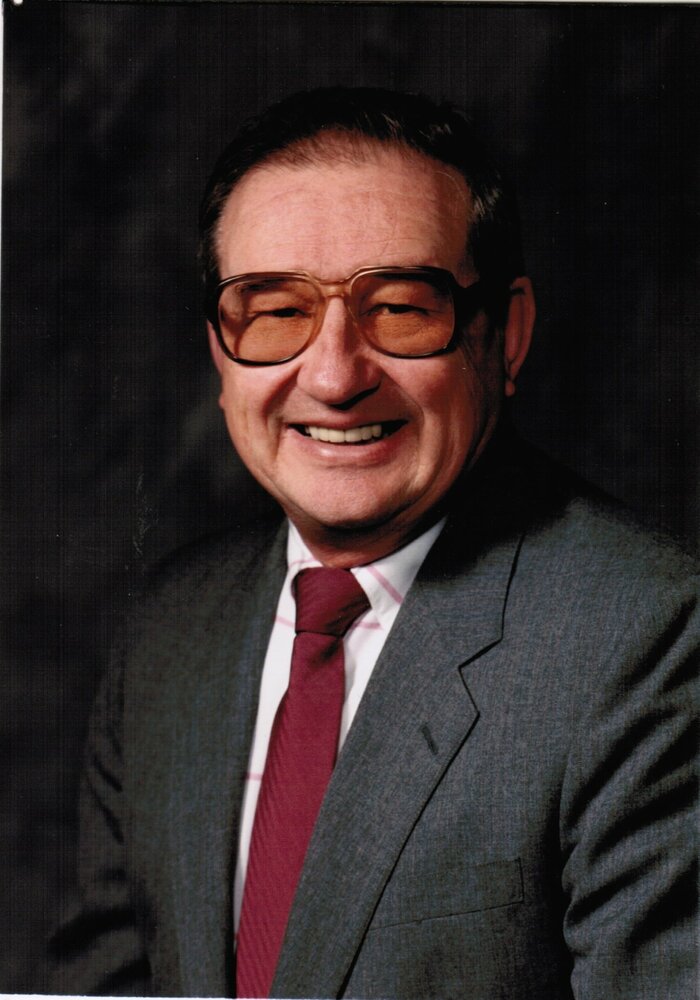 Francis Kosednar passed away on Saturday June 4, 2022 at the age of 90. He was born on July 9th, 1931 in Milwaukee WI to Louis and Anna Kosednar. Frank graduated from Marquette University in 1953. He joined the Marine Corps and went to candidate school in Quantico, Virginia and subsequently served in Japan and Korea. After his military service, Frank was employed by Northwestern Mutual in 1955 and retired in 1990 after over 35 years of service in positions of increasing responsibility, culminating in being the Vice President of Administrative Services. Frank married his first wife Dolores Kucera in 1956 and was the father of their nine children. In 1980, Frank married Melba Steele who preceded him in death in 1991. Frank married Sue Peterson 1992 and shared his retirement years with Sue in Waukesha, winters in Tucson, AZ and far afield travels until she passed away in 2011. Frank has resided in Waukesha since 1960.

Frank was relentlessly kind and generous and strongly believed in serving others. He belonged to the Mental Health Association of Waukesha where he served as president and a board member for 5 years.  While at Northwestern Mutual, Frank was active in the United Way of Milwaukee and served on the Review Board for 5 years.

Frank was a nature enthusiast and loved being outdoors, hiking, gardening, bird watching and squirrel discouraging. He volunteered at the Retzer Nature Center in Waukesha and Kartchner Caverns State Park in Arizona.

An interment ceremony will be held on Friday, June 24th  at 2:00pm at Prairie Cemetery in Waukesha. Following that service, a Celebration of Life will occur at Thunder Bay Grille in Pewaukee from 4-6pm.

Frank was grateful to the staff of Avalon Square who provided him with excellent care the last several years of his life. In lieu of flowers, we request that you consider a donation to Avalon Square/Presbyterian Homes in support of their mission. (https://www.preshomes.org/get-to-know-us/foundation)

To send flowers to the family or plant a tree in memory of Francis Kosednar, please visit Tribute Store
Friday
24
June

Share Your Memory of
Francis
Upload Your Memory View All Memories
Be the first to upload a memory!
Share A Memory
Send Flowers