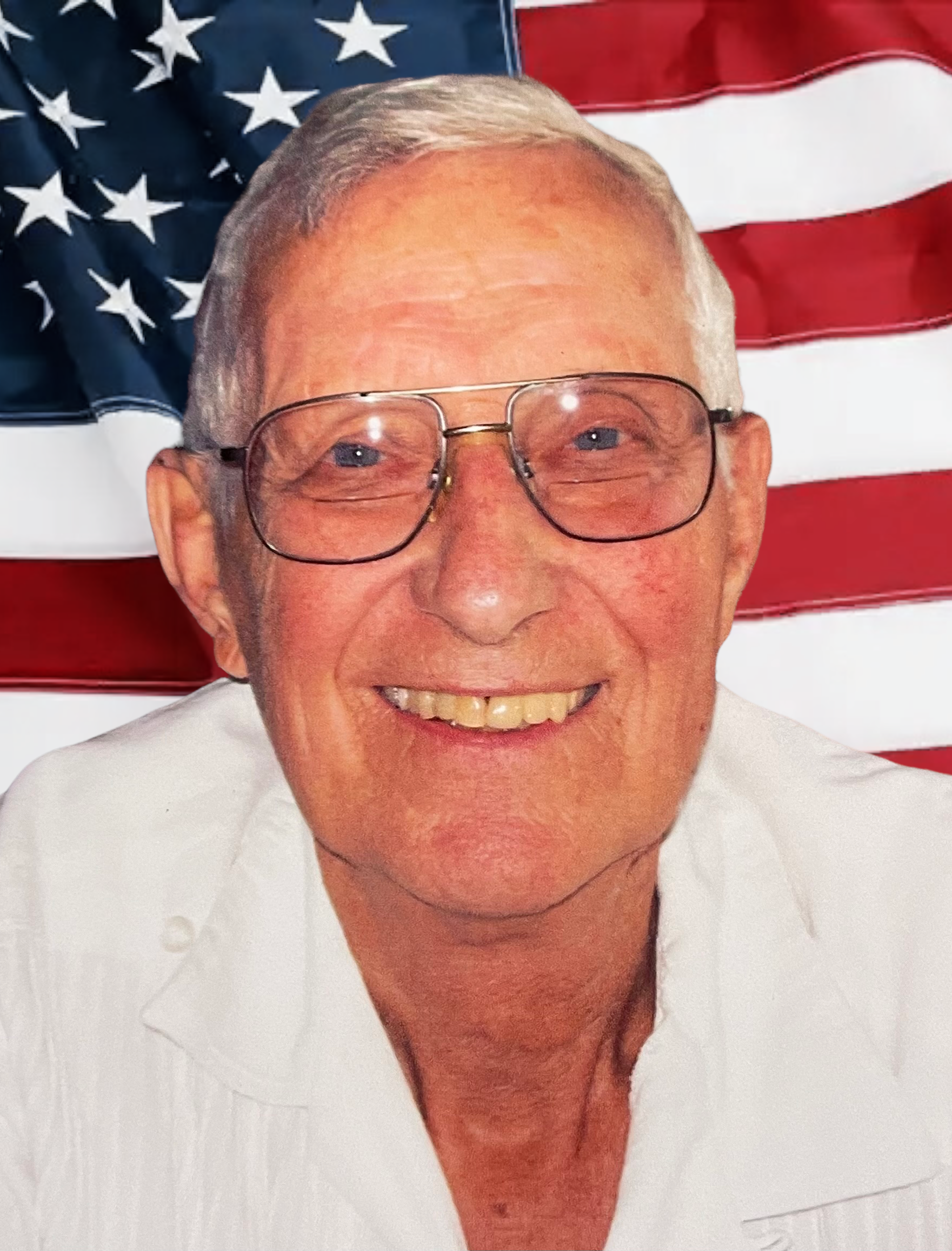 Donald "Mike" Schmitz of Waukesha went to his final home with God on May 14, 2022. He was born July 19, 1935 in Brownsville, Wisconsin to Robert and Martha Schmitz. His parents taught him to be hard working and never be a quitter in life. Most of his childhood were good memories. He was the loving and devoted husband to Joan M. Schmitz for 46 years. He was the affectionate father of Mark Schmitz, Waukesha; Jennifer (Chuck) Chapman, West Bend; David Schmitz, Waukesha. He was the caring stepfather to Kathleen Landolt, Waukesha; Laura Tewes, Minnesota; Thomas (Julie) Landolt, Stevens Point and Steven (Michelle) Landolt, Oklahoma. He was the adoring Grandfather to 19 Grandchildren, Stacie (Adam) Gruse: Annie (Alex) Silvia; Kelly, Kate, and Sam Schmitz; Emily (Sean) Wooley; Joshua, Michael and, Nicholas Schmitz; Ryan and Matthew Smith; Michelle (Jeremy) Kruckeberg; Bradley ( Chelsea ) Falls; Thomas and Andrew Landolt; Tracy Peters, Kyle, Kristofer, and Keri Landolt. Great Grandfather to Adley Landolt; Saxon and Maddox Peters; Anders Kruckeberg; Charlotte and Frank Gruse; Everly and Amelia Silva; Oliver Wooley. He is survived by his sisters Carol Klamarowski and Verna Lese and brothers Joe, Tom, Jim, and Rob Schmitz all of Fond Du Lac. He will also be remembered by many other relatives and numerous friends. He was preceded in death by his first wife Jean (Dooley) Schmitz and daughter Ann (Mike) Smith, both of his parents and his brother John Schmitz. He joined the United States Navy in 1955 and served on two different air craft carriers. He moved to the Milwaukee area in 1958 where he pursued a plumbing career. In 1966 he earned and received his license as a Master Plumber. In 1972 he bought Cox Plumbing Co., Inc. in Waukesha. He was very involved in the Plumbing Industry and served on Local and State boards. He was a State President of the Wisconsin Plumbing, Heating Cooling Contractors Association in 1997 and has served on the State Plumbing Apprenticeship Advisory Committee for over 10 years. He was a dedicated member of St. William Church in Waukesha and a member of the Knights of Columbus since 1965. He was known as an honest and likeable guy who loved life. He enjoyed traveling around the world with his wife. He was baptized in the Jordan river alongside the late Reggie White (Green Bay Packer player) who is in the Hall of Fame. At the age of 67 he won his first Jet Ski race. Although he came in last while driving at the Slinger Race Track at the age of 68 with a car that overheated, keeping him from achieving his first-place status. He was a devout Catholic man who was not afraid to show his commitment to God and will be remember for the example he gave and so truly missed. A Memorial Gathering will be held for Mike on Thursday, May 26, 2022 from 10:00 a.m. to 12:00 p.m. with a Mass of Christian Burial to follow at 12:00 p.m. at St. William Catholic Church (440 N. Moreland Blvd. Waukesha, WI 53188) In lieu of flowers, memorials in Mike’s memory can be made to The Wounded Warrior Project by visiting: Memorial Donation for D. Mike Schmitz

To send flowers to the family or plant a tree in memory of Mike Schmitz, please visit Tribute Store
Thursday
26
May

Share Your Memory of
Mike
Upload Your Memory View All Memories
Be the first to upload a memory!
Share A Memory
Send Flowers