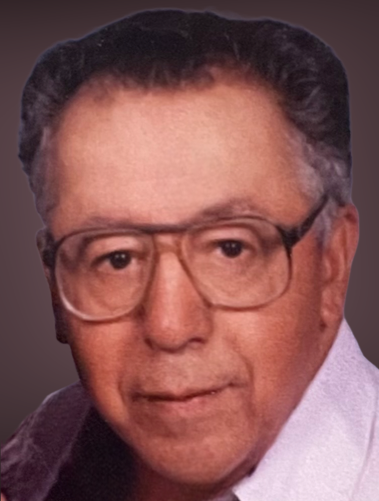 Inez Robert Llanas passed away peacefully on Sunday, April 3 surrounded by his loving family and friends at the age of 89.  He was born January 21, 1933 in Caldwell county, Texas. He was the son of Amador and Rosa (Balandran) Llanas. He graduated from Waukesha South High School in 1953, where he played the trumpet for the marching band. He joined the Air Force after graduation and served from 1953 - 1957 where he was a radio air craft controller.  While on furlough, he married his beloved Carmen Castillo in 1954.  They were married for 67 years.  He was a member of St. William's Church since 1966. He worked for the US Postal Service as a letter carrier for 26 years and retired in 1988.  He was a member of La Casa de Esperanza and once a treasurer in it's early years.  He was a member of the National Association of Letter Carriers Chapter 397 and a member of the National Association of Retired Federal Employees. He served as treasurer for many, many years. He was a faithful member of the Scholastic Fund for Students of Hispanic  Descent and served as treasurer for 38 years.  He helped raise funds for scholarships for graduates of the four Waukesha High Schools.  He enjoyed golf, fishing, wood working, going to the casinos and traveling.  He especially enjoyed celebrating holidays and birthdays with his family. He was preceded in death by his parents, his sisters Socorro Torres, Fidela Ybarra, baby Josefina Llanas, and Maria Marquez and his brothers Cristobal, Juan, Pedro, Angelo, Walter and Isidro Llanas.  He is survived by his wife Carmen, daughters Cathy (Lenny) Alvarado, Josie Llanas and sons Michael (Jennifer) Llanas and  Stephen Llanas. His grandchildren Lenny (Shannon) Alvarado, David (Kate) Alvarado, Jordan Llanas, and Jessica Llanas. Also his great grandchildren Mia, Lenny (Cinco), Keira and Zander. He is also further survived by his sisters Janie (late Frank) Marchan, Mary (Santos) Gomez, and his brothers Paul Llanas and Charlie Llanas, along with may nieces, nephews, other relatives and many close friends. Visitation is at St William's Church 440 N Moreland Blvd, Waukesha, on Thursday, April 7 from 10 AM to Noon, with mass following at Noon.

To send flowers to the family or plant a tree in memory of Inez Llanas, please visit Tribute Store
Thursday
7
April

After mass, there will be a flag folding, presentation, playing of taps, and rifle detail at church to honor Inez Robert Llanas.

Share Your Memory of
Inez
Upload Your Memory View All Memories
Be the first to upload a memory!
Share A Memory
Send Flowers