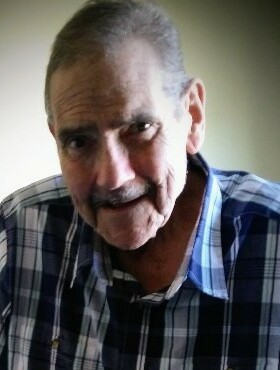 His work career took him from working in his parent’s service station (Hugh & Skip’s Enco), to Milwaukee Cheese, to working with newer phone systems for Rolm Communications as well as Norstan Telecommunications serving the Milwaukee and Southeastern Wisconsin areas. Lee then transferred to the Green Bay area where he finished his work career as a forklift operator at Carver Yachts in Pulaski, WI.

Lee loved classic cars, especially Pontiacs, and raced his beloved Pontiacs at the Great Lakes Dragaway. He held a record for the class he raced in for several years. He had a strong interest in space, the moon, the stars, and weather. He was also a UFO hunter, held an amateur radio operator license, and loved fishing. Lee’s greatest love was for Jesus and Jesus’ love for us.

Lee will be missed by those who knew him. He was always considerate of the people he met and worked with. He loved to help/give to people and animals in need. He had a great love for his dogs, and can now enjoy playing with them again on the other side of the Rainbow Bridge.

Although Lee never served in the military, he had the ultimate respect for our service men and women as well as all Veterans.

Lee was preceded in death by his father, Hubert L.W. Mehciz, and his mother, Arbrelia (Linde) Mehciz. He is survived by his daughter Kim (Corey) Rakowski, sons Lance (LuAnn) Mehciz and Zee (Mady) Mehciz, brother Carl, grandson Shaun, several stepchildren whom he cared deeply about, as well as several nieces, nephews, and friends.

In lieu of flowers, a donation to the Humane Animal Welfare Society or any Veterans organization would be appreciated.

Arrangements are forthcoming and will be announced at a later date.

To send flowers to the family or plant a tree in memory of Hubert Mehciz, please visit Tribute Store

Share Your Memory of
Hubert
Upload Your Memory View All Memories
Be the first to upload a memory!
Share A Memory
Send Flowers