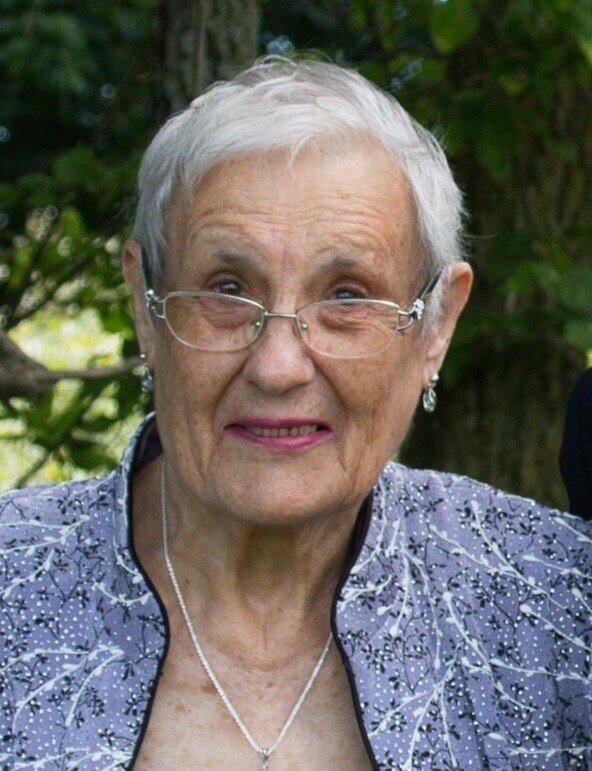 With love and appreciation for the extraordinary life she lived we share the passing of Janice Henrietta (Findling) Wilson, beloved mother, grandmother, and friend. Janice adventured through life with curiosity, bravery, and open mindedness and was known to friends and family for her unwavering good nature and concern for others.

She was born in Waukesha in 1935 to Julius and Bernice Findling who nurtured her sense of adventure with many early expeditions camping, fishing and exploring national parks. She also spent many cherished summers working on the farms of her Grandparents and Aunt and Uncle in nearby Hartford where she recalled collecting eggs in the mornings, riding horses, and cleaning the chicken coop with her brother, Lloyd. Her bold, inquisitive independence surfaced early when she graduated Waukesha High School in 1954 and announced to her parents that she was taking herself on a solo overseas adventure to see family in Germany. She then returned home to attend college at UW LaCrosse, graduating with Bachelor of Science Degrees in Physical Education and Biology in 1959 and engaging in such activities as Coulee Tekkars, Wesley Foundation, and Major Club, and serving as the House President.

After college she continued her adventures by contracting with the US AirForce as a Physical Education teacher in 1961. As an Air Force contractor she taught Physical Education for 10 months from 1961 to 1962 in Goose Bay, Labrador and Newfoundland as part of NORAD’s Air Defense during the Cold War where she braved heavy snows in the polar tundra of the subarctic. After that she traveled to Africa to teach again for the US Airforce from 1963 to 1964 at Wheelus Air Base in Tripoli, Libya where she branched out in her free time to travel to other parts of Northern Africa, the Middle East and Europe. Friends who taught with her in those locations recall her as intensely active, fun, good-natured, and kind to everyone she met.

After her stint with the US Airforce, she returned home to WI to continue teaching high school Physical Education at Sussex Hamilton High School, and in 1965 she married John Stanek Wilson. Soon after they bought their first house on Lower Okauchee Lake before purchasing a larger home in 1974 on Bay 5.

She was blessed with her first son, Josh, in 1975 and her second son, Jay, a year later. She paused her teaching career to raise her sons in Okauchee where she fondly indulged them with life on the lake, encouraging them as they explored snowmobiling, ice skating, boating, canoeing, and swimming. In addition, as a life-long community organizer she led their troop activities in Tiger Cubs and Cub Scouts. Her zest for activity and adventure remained with her throughout life, and even in her 80s she was known to hop into a ratrod and speed down the road with her son or allow herself to be helped into a pontoon boat for a cruise on the lake, and both boys remember when she hopped onto their snowmobile in high school and disappeared around the corner before they could say a word.

Whether the challenge was independent travel, staying home to raise her children, or entering the working world, Janice took it on with a quiet no-nonsense approach and a joy that belied her intrinsic sense of adventure. In 1988 she returned to the WI school system as a Teacher’s Aide in Kettle Moraine High School and coached summer school gymnastics at Kettle Moraine High School and Dousman Elementary. After her divorce in 1990 she raised her sons as a single parent before retiring from teaching in 2001. For the next 20 years she traveled and enjoyed being a devoted member of the Hartford Senior Friends and the Red Hatters’ Club. A proud and devoted military supporter, she spent many tireless hours in the company of other military mothers putting care packages together to send to her son and his comrades when they deployed to Iraq and Afghanistan.

Through the years Janice remained dedicated to her friends and family. She dearly loved her teaching “sisters” who remained friends for life, and she was devoted to caretaking for various family members as they aged through life. She took great joy in her work as a physical education teacher and often spoke fondly about teaching ballroom dancing to her students. She spoke often about her efforts to ensure that her classroom was a welcoming place no matter what level of athletic ability a student had. She was intensely proud of both her sons and later of her grandchildren who knew her as a freshly modern and loving grandmother. Her grandchildren and adopted grandchildren will always remember her love of fun as she brought them bubble shooters, including one for herself, books about National Geographic which she read cover to cover first, and other toys that she never failed to test out herself. Janice is remembered best for her keen curiosity, zest for life and love of her family. Throughout her life Janice consistently displayed good humor and kindness, and it is telling that old friends from her youthful adventures in Newfoundland and Tripoli and newer friends from her late life adventures in assisted living facilities both independently described her as good-natured, fun, kind and well-loved. She is dearly missed by her sons Josh Wilson (Sara Bertram) and Jay Wilson (Heather Peto), grandchildren Eli and Autumn Wilson, adopted grandchildren Anika and Lazlo Peto, and many friends. She is preceded in her passage to heaven by her parents Julius and Bernice Findling, her brother Lloyd, and many cherished aunts and uncles.

This Memorial Service will be livestreamed.

If the hyperlink does not work, please copy and paste the following into a new browser tab: https://client.tribucast.com/tcid/8209232057

Thank you for choosing to join us virtually or in person.

To send flowers to the family or plant a tree in memory of Janice Wilson, please visit Tribute Store
Saturday
22
January

Share Your Memory of
Janice
Upload Your Memory View All Memories
Be the first to upload a memory!
Share A Memory
Send Flowers