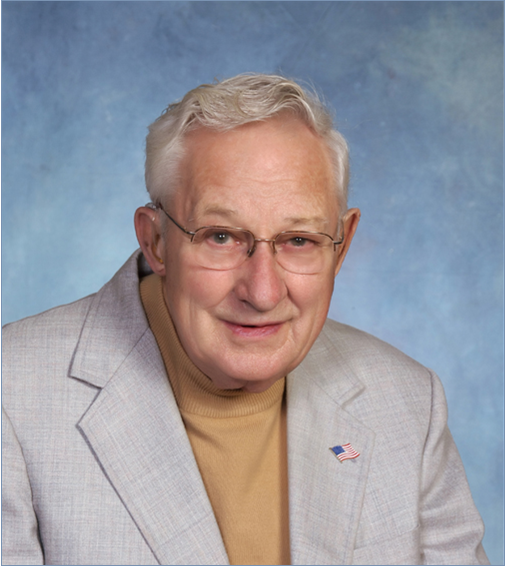 Carl J. (PAT) Patrinos, of Oconomowoc, died peacefully in his home on November 12, 2021.  Carl was born in Waukesha on October 11, 1919, the son of Anton and Olga Patrinos.  He graduated in 1939 from Waukesha High School, where he excelled in football, track and basketball.  The following year Carl joined the Wisconsin National Guard in Oconomowoc.  He fought as part of Army Infantry 32nd Division, Company G in New Guinea and the Philippines, where he received two Purple Hearts, was awarded the silver star and bronze star for gallantry in action, and earned a battle field commission to 2nd Lieutenant. Carl loved his country and was proud of having served, often sharing memories of those life-changing years.

Carl was an undersheriff for the Waukesha County Sheriff’s Department, and was also an entrepreneur who had many business adventures.  Most notably, along with Billy Pabst, he formed Blue Ribbon Sales in Oconomowoc, where he succeeded as a businessman until his retirement.

Carl was married to Audrey Zeller on October 11, 1947.  Together for almost 60 wonderful years, they treasured time spent with friends, saw much of the world, and enjoyed spending the winter months in Naples, Florida.  Carl and Audrey had hearts of gold, and donated to many charities close to their hearts, always thinking about the welfare of others, always thinking about the welfare of others, and lending a helping hand to those down on their luck.  Carl was a humble man whose faith was a very important part of his life.  He always considered himself to be lucky, was especially grateful for his Catholic education and gave generously to help others have the same.  He was preceded in death by his wife, his brother, Frederick (Fritz) who died in WWII, his parents, and his brother-in-law, Lynn Zeller.  Carl is succeeded by his sister-in-law, Antoinette Zeller.

Many thanks are extended to Carl’s Caring Senior services Caregivers, and to his Season’s Hospice and Palliative Care team, for the loving care, they provided and for the joy, they brought to Carl in the last years of his life.  If you wish to donate in Carl’s name, memorials made to Waukesha Community Catholic Schools, St. Joan of Arc Parish, or Season’s Hospice and Palliative Care are appreciated.

Carl, forever grateful for the gift of life, had a positive outlook and frequently said, “Every day is a good day.”  On his not so good days, he would say, “You have to take the bitter with the sweet.”  Surely, Carl was an inspiration to all who knew him.

To send flowers to the family or plant a tree in memory of Carl Patrinos, please visit Tribute Store
Tuesday
30
November

Share Your Memory of
Carl
Upload Your Memory View All Memories
Be the first to upload a memory!
Share A Memory
Send Flowers