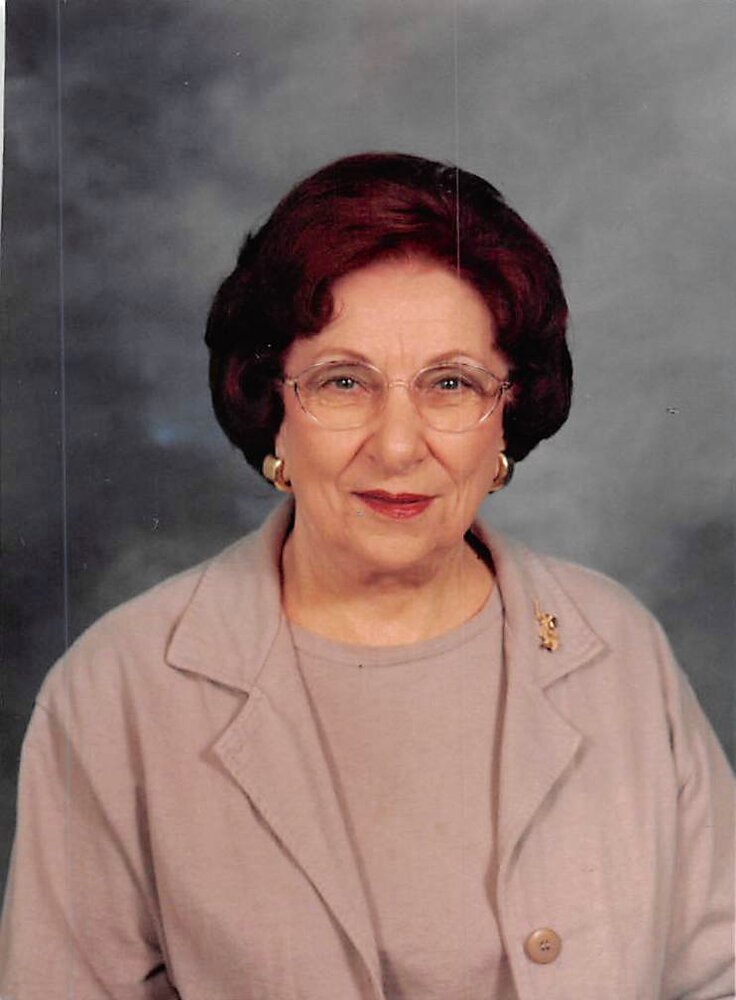 Erdina was born December 25, 1923 to Samuel and Lena Rust in the rural community of Mercer, ND. She was the youngest of 14 children, attending the local country school, Medicine Hill District 54 until moving into Mercer to finish her High School education in 1938, graduating in 1941.

Erdina was always focused on getting her education and serving God through the musical and leadership gifts He gave her. She was baptized on July 20, 1941 and became a member of the Tabor Baptist Church, later called the Mercer Baptist Church. In 1951, her membership was transferred to Immanuel Baptist Church in Minot, ND where she taught Sunday School, directed choirs, played the organ and served on various committees. In 1986, she became a member of the Bellevue Heights Church American Baptist Church in Sun City West City, AZ. She retired as Director of Music at Bellevue Heights in 1999 and then directed another choir at a sister church for the next three years.

Education played a big role in Erdina’s life. She told Arnold she couldn’t think about having a boyfriend because she needed an education. During the war years, Erdina worked to get her certification to teach and begin her teaching career which included: one year at Medicine Hill, two years each at Fort Yates and Mercer Consolidated, one year at Sawyer, four years at Surrey School District, 15 years at Minot Public Schools receiving her master’s degree from UND in 1968 and an additional 16 years at Surrey as a music teacher, principal, and superintendent, becoming the first women superintendent of schools in DB. During the 1945 summer vacation, she worked at Boeing as “Rosie the Riviter” in Washington state.

Following the war, Arnold and Erdina was reunited and were married on March 5, 1946. After one year in Mercer, they moved to Minot and pursued degrees in education. J. Bernard was born December 22, 1949. They lived in Minot until relocating to Sun City West in 1986. In 2005, Arnold and Erdina moved to WI to live with Bernie and Margaret. They enjoyed watching, playing with and serving their kids, grandkids and great grandkids. Arnold passed away August 6, 2021. Erdina passed into the arms of Jesus October 24, 2021 at home with Bernie holding her hand.

A memorial service for Arnold and Erdina will be held at the First Baptist Church in Mercer, ND on November 27, 2021 at 10:30am. Following internment, lunch will be served at the church.

To send flowers to the family or plant a tree in memory of Erdina Fiedler, please visit Tribute Store
Saturday
27
November