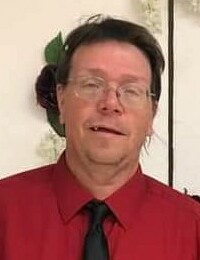 The happiest days of Roger’s life were when he became an Uncle with his niece, Jessica, in July of 2000 and again in December of 2001 with his niece Rylee.   Both were born in Cheyenne, Wyoming, where his sister and brother-in-law were residing at the time. In addition, Roger enjoyed visiting his sister, Lori, and her family every July with his mother, Darlene, for their birthdays and Jessica’s, Cheyenne Frontier Days and touring the state of Wyoming.

Faith and family were the two things that mattered most to Roger.  He spent many years devoted to the Lutheran Boy Pioneer Program and singing in the choir at Trinity Lutheran Church in Waukesha, WI.  In 2011, Roger became a member of Living Word Lutheran, where he served on the AV team, usher team, hospitality team and was always willing to help wherever needed.  Roger was excited to be a part of the building team for the new facility and help out anywhere he could.

Brother/Uncle Roger loved to spend time with his family.  He was known as “Uncle Roger” or “UR” by many of his niece’s friends, and he enjoyed all of his “nieces and nephews,” related or not to him.   Roger enjoyed spending quality time with his nieces, Jessica & Rylee. He never missed a Tae Kwondo graduation, softball game, or art show and he enjoyed going to the park with them on “Homeschool Park Days” and visiting with his sister and the other moms on his days off.   Roger opened his heart and home to his friend/nephew, Sam, to care and guide him through tough times giving him a safe place when he had nowhere else to go.  They enjoyed going to the driving range together and getting custard.  Sam showed his gratitude by spending time with Roger during his last hours.  He was very proud of his nieces and nephew.

Roger was a devoted employee and member of the Culver’s crew/family on Sunset Drive, Waukesha, WI, for over twenty years.  During his employment with Culvers, he enjoyed getting to know the crew and customers and decorating the store for Christmas. His favorite was dressing up as the Culver’s mascot “Scoopy” and walking in the Waukesha Christmas parade.  Roger surprised his niece, Jessica, by playing the role of Scoopy at her 3rd birthday party.

Roger was preceded in death by his parents Raymond and Darlene Grover, his grandparents Reinhold and Hilda Sellnow, Ward and Mary Florence Grover, and his uncle Harvey Sellnow.

On Saturday, September 25, 2021, Roger’s life will be celebrated at Living Word Lutheran Church & Ministry Center, 3140 Saylesville Rd, Waukesha, WI 53189, Rev. John Borgwardt presiding.  Visitation will be held from 1-3 p.m. with a service at 3 p.m. and a light meal to follow.

In lieu of flowers, memorials may be directed to the family to defray funeral costs, Versity at versity.org (organ and tissue donation center), or Living Word Lutheran Church (Waukesha) Building Fund.

To send flowers to the family or plant a tree in memory of Roger Grover, please visit Tribute Store
Saturday
25
September