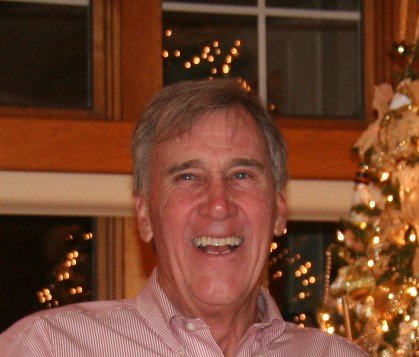 James Richard Schwaab, of Marco Island, Florida and Hartland, Wisconsin, passed away on July 29, 2021 with his wife and children by his side.

Jim was born in Milwaukee, Wisconsin on February 4, 1947, to the late George Richard Schwaab and Margaret Ann (Hackett) Schwaab. In grade school, Jim’s family which included two sisters and two brothers, moved to Waukesha across the street from Buchner Park where he went on to spend countless hours playing baseball, basketball and swimming. That very pool is where he first spied Judy Lynn Portz as a seventh grader. As fate would have it, one night in 1963 Judy asked Jim for a ride home from a dance at the YMCA Attic, thus beginning a love that would last a lifetime. The pair dated throughout high school and while he was a student at Marquette University, Jim and Judy married in 1967. The two celebrated 54 years of marriage in June 2021.

Jim was a standout baseball and basketball player at Catholic Memorial High School. He went on to play basketball for a year while attending Marquette University and loved the game his entire life. Jim played city basketball until the age of 50, he coached his daughter’s basketball teams in middle school and guided his daughter, Rebecca, when she coached her kids’ grade school games. He schooled his grandsons in basketball at the Merrill Hills Country Club pool on many occasions, rarely missed watching a Marquette basketball game and was fortunate to attend several NCAA tournaments games.

Jim graduated from Marquette University with a BS in Mechanical Engineering and went on to a 45-year career as a manufacturer’s Sales Representative at GR Schwaab & Sons, working closely with his father, his brother, Tim, and eventually his son, Jim. He was fortunate to travel the world for his profession. That travel sparked his interest, so he and Judy took many adventures around the world with friends and family. Some of their favorite trips included Africa, Europe and Hawaii.

Shortly after graduating from Marquette, Jim and Judy began their family.  First was their daughter Rebecca (Becky) and then their son, Jim. He loved kids and was a doting father from the get-go.  He built snow forts and sandcastles, created with Lincoln logs and train sets, coached sports teams, carted carloads of friends around, attended school field trips and made omelets on Sunday mornings. He could not have been more thrilled than when he became a grandfather, eventually to six grandchildren. Jim was the best grandpa anyone could ever hope for. From the earliest days he changed diapers, gave baths and would babysit. As the kids grew older, he attended every sporting event, school activity and birthday party. He reveled in teaching his three oldest grandkids how to drive. He also taught his grandkids how to play poker and dice, how to throw their elbows on a rebound, as well as how to trim the hedges properly.  He threw in some algebra, physics and history, taught them how to fish with bacon, how to dance “the bird,” the proper ratio of peanut butter to butter for a sandwich, the joy of popsicles (except the orange ones) and how to love unconditionally. Undeniably, his favorite moments were family dinners and family vacations.

Over the past 52 years, Jim spent countless hours playing golf with his family, friends and anyone else who signed up to play with him. If you knew Jim, you probably thought he loved to golf. The truth was, he loved to talk with people and what better time to do that than over four hours on a golf course? Of course, he also loved the side bets.

Jim lived a vibrant and meaning-filled life. He had a generous heart and a gift for connecting with people. If he met you in an elevator, he knew your life story by the time the ride was over and would remember it and share it with his family. Throughout his life, Jim brought people into his circle and made them feel welcome, important and cared for.

Jim loved a lot of things in his life – Judy’s cooking, time spent with friends, music (especially ABBA), dancing, gardening, beautiful flowers, walks on the beach in Marco Island, basketball, golf, traveling, reading, learning anything and everything about World War II. The last few years Jim volunteered with his daughter, Rebecca, for Blessings in a Backpack, learned to make apple pies and enjoyed playing pony canasta. Above all, anyone who knew Jim knows that what he loved most in life was his family.

Jim is survived by his wife of 54 years, Judy (Portz), his daughter, Rebecca (Greg) Melgares, son Jim (Jodi) Schwaab, and grandchildren, Jimmy, Sophia, Alex, John, Emelia, and Chloe, his sisters Michol Ford and Linda Buehrle, and his brothers, Tim (Karen) and Jeff (Dorie) Schwaab, along with many nieces and nephews.

Please join the family for a celebration of Jim’s life on Saturday, August 7 at The Legend at Merrill Hills, W270S3425 Merrill Hills, Road, Waukesha, WI. The family will greet guests from 3:00-4:00pm, the celebration will begin at 4:00pm followed by refreshments and stories until 6:30pm.

To send flowers to the family or plant a tree in memory of James Schwaab, please visit Tribute Store
Saturday
7
August