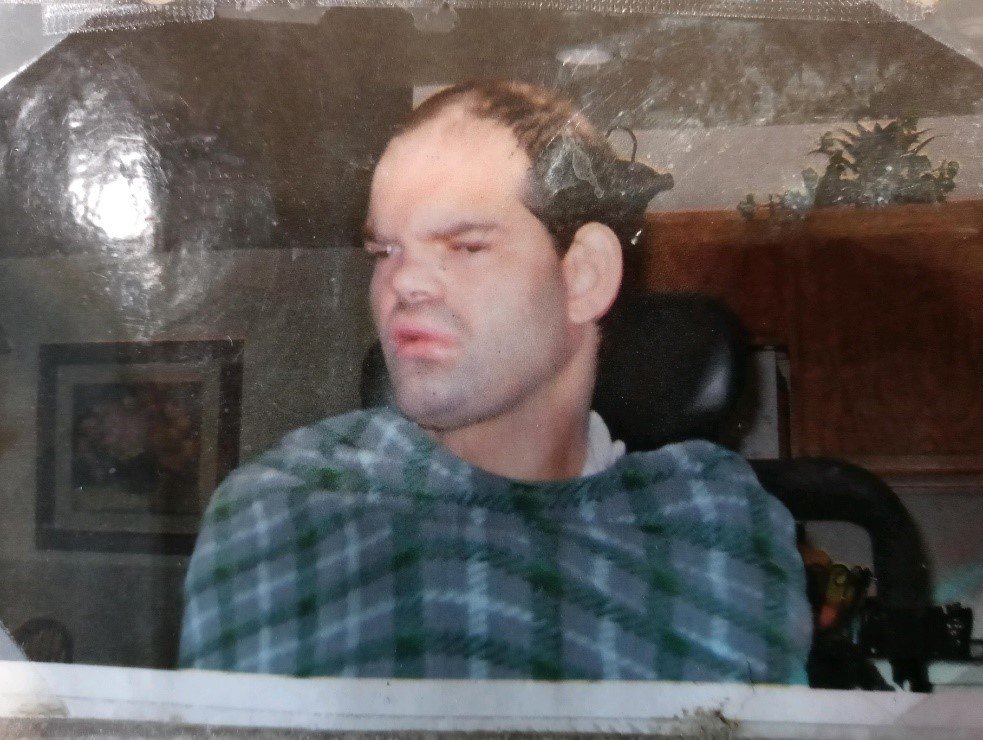 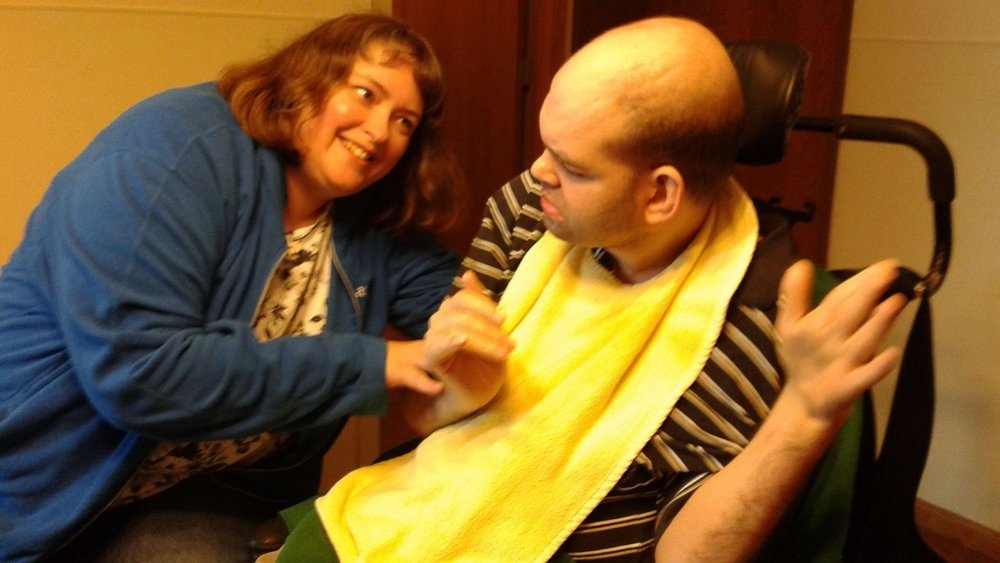 James O. Mattingly III, 49, found peace on May 11, 2021, at his home, surrounded by the love of his caregivers. James was born in Cudahy, WI, on January 27, 1972. He resided most of his life in Cottage 8 at Southern Wisconsin Center in Union Grove, WI.  On December 10, 2001, James was partnered with volunteer legal guardian, Kristina M. Bleeke.  James was a fighter. His guardian, Kristy, often described him as “scrappy”.  Despite all predictions that James would not be able to live successfully in the community due to the severity of his disabilities, he moved to his “forever” home on July 14, 2008, where he resided until his death.  Kennedy Home was designed and built specifically for James and several other residents of Cottage 8.  Homes for Independent Living improved James’ quality of life in innumerable ways, and connected him with a family of compassionate, creative, dedicated caregivers. James enjoyed listening to music, taking naps in his large bed, “people watching”, cozy blankets and time spent with caregivers.  James is survived by his “guardian angel”, Kristy, numerous caregivers and his housemates.  James was preceded in death by several residents who moved with him from Southern Wisconsin Center to Kennedy Home in 2008.  On behalf of James and herself, Kristy would like to extend a special thanks to Tanasia and her team at Kennedy for 13 years of outstanding care.

“Always remember that in some way or another you are someone’s angel, even if you don’t know it.”

To send flowers to the family or plant a tree in memory of James Mattingly, please visit Tribute Store
Wednesday
19
May