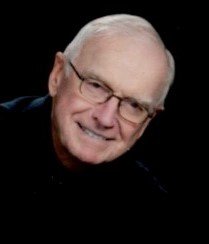 Ed was a lifelong Catholic and a man of many accomplishments.  Raised in Houghton, Michigan, he was a 1951 mechanical engineering graduate of Michigan Tech.  Ed invented the Cushion-Lift Chair for  his mother who was afflicted with arthritis.  From that first patent, he built a successful manufacturing company.  For 43 years Ortho-Kinetics employed hundreds of Waukesha residents. Many more inventions followed, most of which were designed to make life easier for people with disabilities.

As a LTJG in the Navy Seabees, Ed served in the Korean War.  Later, Ed enjoyed sailing with the Pewaukee Yacht Club.

He worked with the Medical College of Wisconsin to develop artificial hearts and valves. Years later, he helped establish “Flight For Life” helicopter ambulance services in Wisconsin.

Ed was an avid golfer, photographer, chess and cribbage player, writer and traveler.  Most important of all he cherished his wife, Betty.

Visitation will be held at St. Anthony’s on the Lake, Pewaukee on Friday, April 16, 2021 beginning at 1:00 followed by his Funeral Mass starting at 4:00.  Due to Covid restrictions, no formal reception will follow the Mass.

“Pray for me, as I will for thee, that we may merrily meet in heaven”.

To send flowers to the family or plant a tree in memory of Edward Gaffney, please visit Tribute Store
Friday
16
April

Share Your Memory of
Edward
Upload Your Memory View All Memories
Be the first to upload a memory!
Share A Memory
Send Flowers