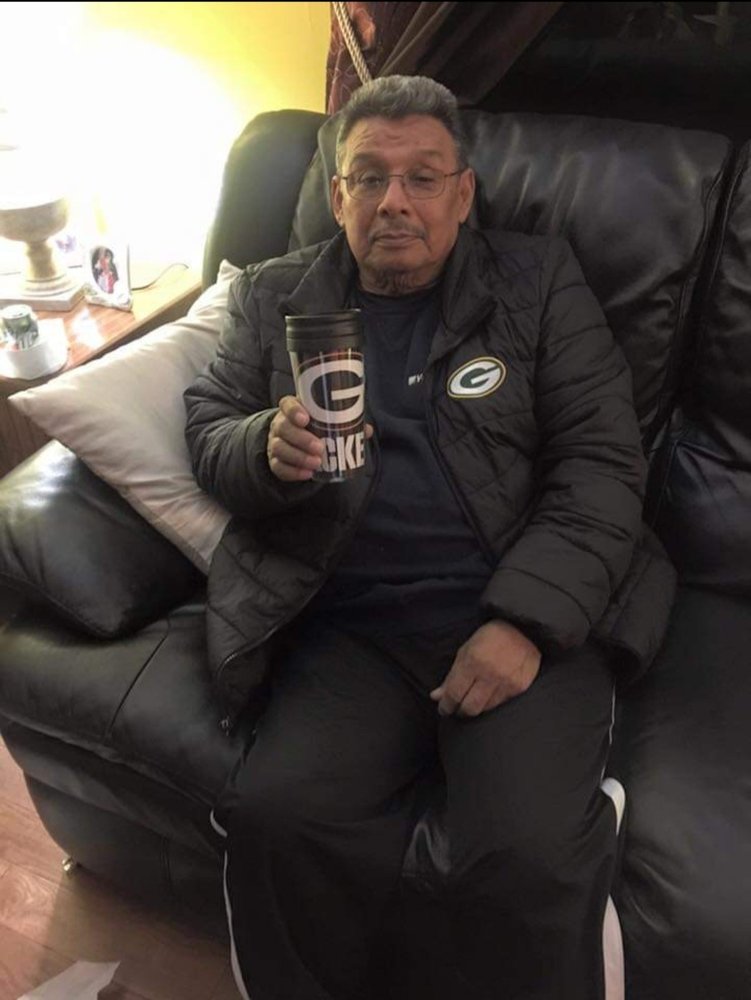 Fidel Camacho,age 75, of Waukesha, passed away on Friday, January 29, 2021 at Waukesha Memorial Hospital in Waukesha Wisconsin.

Fidel was born on March 23,1945, in Mexico. He is the son of Antonino Camacho and Felix Barcenas. He got his Masters in Culinary Arts from WCTC. He married the love of his life, Eva Garcia de Camacho in June of 1967, in Mexico. They enjoyed being married to each other for 53 years. He came to the US as an Immigrant Worker and after 15 years he became a Resident. Five years later he became a US Citizen. and 1 grandson to the US. They also later became residents and citizens. He loved to bake, travel, and spend time with his family. He was known as Papa Panchoni because of his panchoni recipe. He later started selling them in Waukesha at his old work place, Ventura Foods, and he started his own business in Mexico as well. Above all, he will be greatly missed by the people that were blessed to have known him.

Survivors include his wife Eva; kids; Eva M. Camacho, Juan Daniel Camacho, David Camacho, Jose Antonino Camacho, and Diana G. Camacho. His 14 grandchildren and 8 great grandchildren. He will be dearly missed by a host of nieces nephews relatives and friends.

To send flowers to the family or plant a tree in memory of Fidel Camacho, please visit Tribute Store
Friday
12
February

Share Your Memory of
Fidel
Upload Your Memory View All Memories
Be the first to upload a memory!
Share A Memory
Send Flowers