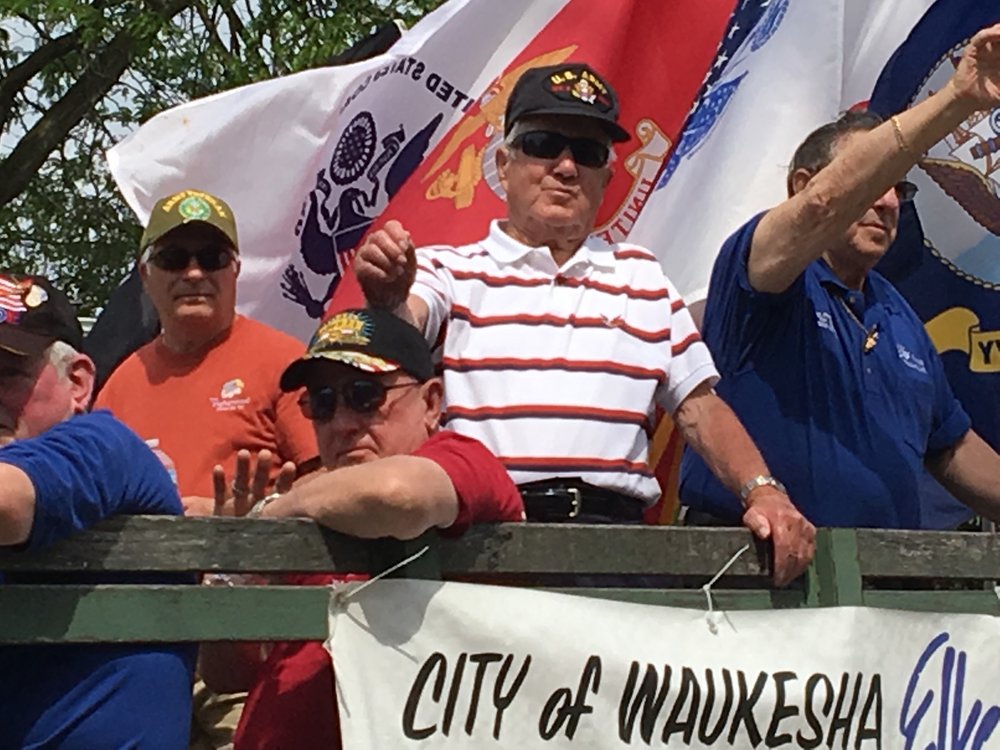 Obituary of Henry B Winchell

It is with great sadness that we announce the unexpected passing of our father and hero, Henry Burton Winchell on December 19th. “Burt” was born in 1926 to Martha and Henry Winchell and was the last survivor of their eight children. His siblings were Cy (Marge) Winchell, Eva (Art) Vehlow, Betty (Harry) Letts, Florence (Lloyd) Williams, Ester (Hank) Bruce, Ken (Audrey) Winchell, and Jeanette and (Harvey) Buth.

Burt grew up in Waukesha and entered the Army in 1944 after his graduation from Waukesha High School . Because WWII was in its final stages, he was sent to the Philippines where he trained for the invasion of Japan. After Japan surrendered he was sent to Korea and he completed his tour of duty in 1946.

Upon his return to the States he married Elaine Clark, and celebrated  64 years together before her death in 2011. They  had two children, Terry (Nyla) Winchell and Wendy Winchell-Lynch.

Burt retired from the USPS after 30 years of service as a supervisor in both Waukesha and New Berlin.  He continued to work for 30 more years, retiring for good at the age of 83, but he didn’t slow down.  Burt and Elaine travelled, played euchre, and spoiled the grandkids. After Elaine passed  he met his special friend, Carol May, and they had many adventures together. Burt stayed active throughout his life, he exercised regularly, bowled, golfed, played bocce ball, loved to dance and enjoyed fish fry’s.  He was a loyal Brewers, Bucks, Packers and Badgers fan who enjoyed talking sports with everyone.  He was  a avid gardener who shared his produce with friends, family, and the local food pantry. Burt was also a vital member of our family trivia team. He specialized in pre -1950 history and helped win several dollars over the course many years

The Elks Club was a very important part of his life in which he was a proud member for many years.  In 2011 he went on the HONOR FLIGHT to the WWII Memorial in Washington, DC. He participated in other activities honoring veterans throughout his life.

Burt  was a proud patriot who, like many others of his  generation, sacrificed much of his youth and many opportunities in service to his country. He did so without complaint or bitterness. Burt also felt giving back to his community was important and spent many hours in volunteer work.

In addition to his children he is survived by four grandchildren, Breanne (Keith) Rush, Daniel Lynch, Dustin (Delora) Winchell, Dale (Kelli) Winchell; cousin, Bob Winchell, and many nieces, nephews, great grandchildren and many “special”friends.There will be a “Celebration of Life” held on Saturday August 7, 2021 with a visitation from 11:30am until the start of the memorial service at 12:30pm at Waukesha Elks Lodge # 400 2301 Springdale Rd Waukesha, WI 53186.

Enjoy the time you are given and make a difference.  Burt was a good father and a good man who led by example.  He will be missed.

To send flowers to the family or plant a tree in memory of Henry Winchell, please visit Tribute Store
Saturday
7
August

Share Your Memory of
Henry
Upload Your Memory View All Memories
Be the first to upload a memory!
Share A Memory
Send Flowers