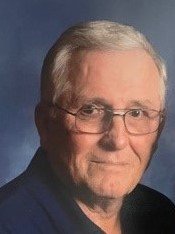 Howard “Howie” W. Christenson, of Waukesha, passed away on January 2, 2021 with his loving wife and grandchildren by his side at the age of 77. Howie was born on August 4, 1943, the son of Albert and Ethel Christenson. He was raised by his grandparents, Henry and Lela Moore on their farm near North Prairie, WI. Howie was a truck driver for most of his working career. He was a member of the local Teamster’s Union and St. Luke’s Lutheran Church in Waukesha. Howie enjoyed fixing small motors in his garage workshop, bowling, and spending time with his family.

Howie will be deeply missed by his wife of 44 years, Janet; grandchildren, Daniel, Alex, Megan, and Jaime; great-grandchildren, Camila, Alonzo, and Baby Boy due in late May. He is further survived by other relatives and friends. Howie was preceded in death by his parents; grandparents; daughters, Lisa and Holly; twin brother, Harold and other relatives.

A private memorial service will be held at St. Luke’s Lutheran Church. The Rev. Steve Bogie will be officiating.

Donations in Howie’s memory can be made to a charity of the donor’s choice.

To send flowers to the family or plant a tree in memory of Howard Christenson, please visit Tribute Store