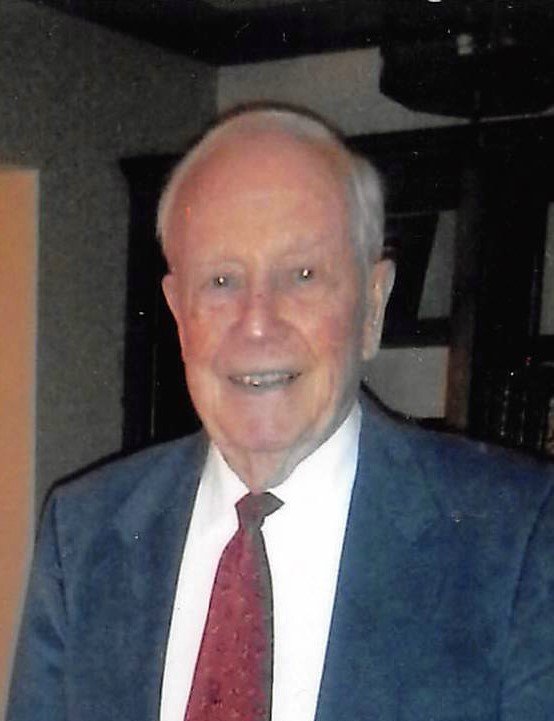 If there was one word to describe Ted it was hardworking. He worked in sales. He served his country. He provided for his family. And he created memories. He was not only a hardworking man in his business career as a salesman and the owner of his company, Ted Sibilsky Sales, but where he thrived most could be seen in his personal life and in the relationships he had with his children and grandchildren. Numerous sales awards can be seen in the basement of the family cabin but the memories people have with him--from golfing to breakfast outings to canoeing and kayaking, drinking coffee, playing cards, and talking about life--speak most about his accomplishments.

Ted had a passion for downhill skiing that he passed down to his children and grandchildren. One of his greatest legacies is the cabin located in the north woods of Mercer, Wisconsin. He designed this original log cabin for the sole purpose of having a place to stay after long days spent downhill skiing in the UP; however, it became more than just a place to stay--it became his “home away from home.” Life’s hardships and busyness were left behind when family and friends gathered there together. Ted shared a love for many other hobbies at the cabin that included fishing, canoe and kayak trips, sitting on the porch drinking his morning coffee while enjoying the beautiful view, boat cruises around the lake, nights filled with laughter while playing polish poker--and so much more! The cabin is filled with lifelong memories of Ted surrounded by many of his loved ones. We will continue to gather there to be reminded of the many happy times shared there with him as well as on the slopes of the UP ski hills. His love, joy, and passion for downhill skiing in the UP will live on in his children, grandchildren and great-grandchildren.

Throughout his life, Ted carried with him the traits of a true Yooper: stoic determination, tenacity of purpose, persistence, and bravado. Ted was known for sharing his wisdom and philosophy that “life is rough.” No matter how rough life was he lived by example to persevere and work hard while remaining kind, selfless, humble, and full of love. He will be long remembered for this philosophy. Ted lived a life so loved and a life worth celebrating! His presence will be dearly missed but never forgotten.

A memorial service will be held next summer on Ted’s birthday in Mercer, Wisconsin. Memorials may be made to Catholic Memorial High School in Waukesha, Wisconsin.

To send flowers to the family or plant a tree in memory of Theodore Sibilsky, please visit Tribute Store

Share Your Memory of
Theodore
Upload Your Memory View All Memories
Be the first to upload a memory!
Share A Memory
Send Flowers