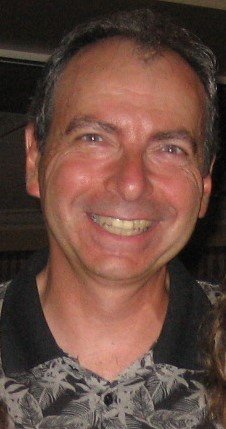 Born to Anola and Frank Kreklow. Tom grew up in Adell, Wisconsin and graduated from Random Lake High School in 1967. He attended the University of Wisconsin-Madison and graduated with a BBA in 1972.  While in college, Tom was initiated into the Delta Sigma Pi fraternity and forever became "Dallas" to his lifelong friends.

Professionally, Tom started with the West Bend Company and after a short time shifted to a lifelong career in banking. He began with Hopkins Savings and Loan and through consolidations worked for Federated, Firstar, US Bank, and BMO Harris, where he won numerous President’s Club awards as a Mortgage Loan Officer. Tom was President of the Board of the Institute of Financial Education from 1989-1991; where he met the love of his life, Dawn, when she also joined the Board. They married in 1992 and built their home in Delafield, where Tom served as the Alderman of Ward 7 from 1996-1999. They were blessed with their two wonderful children, Andrew (26) and Kayla (25).   Tom was unendingly devoted to his cherished family and loved them “with all of his heart”.

Tom had an unparalleled love for music, was a Rolling Stones fan, and shared his music and entertaining stories at numerous campfires at their cottage “Up North”. The lake house became a sanctuary for creating countless memories with family and friends.

He organized and coached the Bobs and Bettys co-ed softball team for many years earning him the moniker of "Head Coach Bob".  An ultimate fan of the Badgers and Packers, he could recite former player’s numbers from decades past.

While family was the center of his life, Tom made a point to remain in contact with his classmates, fraternity brothers, and friends. He was passionate about maintaining traditions old and new, including everyone in the process.  Tom was known for spearheading several events such as the Crystal and Veronica Lake and CGB Snowman Classic golf outings, and the annual Christmas party in “Mom Kreklow’s Basement” where, “it was always 1969!”

Tom and Dawn were active members of Christ the King Lutheran Church in Delafield for 28 years where they served on many committees.  Most recently, they initiated and led the Sign Ministry faithfully creating weekly messages of faith and hope for the community.

Tom "Dallas" changed the lives of everyone he touched. His passion for "the love of his life" Dawn was legendary. He had pride and never ending love for their two children.  He will always be known for his charismatic personality, his smile, his wit, but more importantly his commitment to his family and friends.  Tom was a dedicated husband and father, a loyal friend to many, a lover of life and a proud Badger. He made the world a better place. Once you met Tom, you were a friend for life.

A memorial service will be held on Tuesday, November 10 at 10:00 a.m.  Due to COVID-19 restrictions, the service will be virtual only. Please follow this link https://client.tribucast.com/tcid/475208901 at 10:00 a.m. on Tuesday November 10, 2020. The link will be available for 90 days to view at any time. Please consider signing the online guestbook to share condolences and memories with the family. In lieu of flowers, memorials to the family will be used for a tribute in Tom’s name.

To send flowers to the family or plant a tree in memory of Thomas Kreklow, please visit Tribute Store

Share Your Memory of
Thomas
Upload Your Memory View All Memories
Be the first to upload a memory!
Share A Memory
Send Flowers