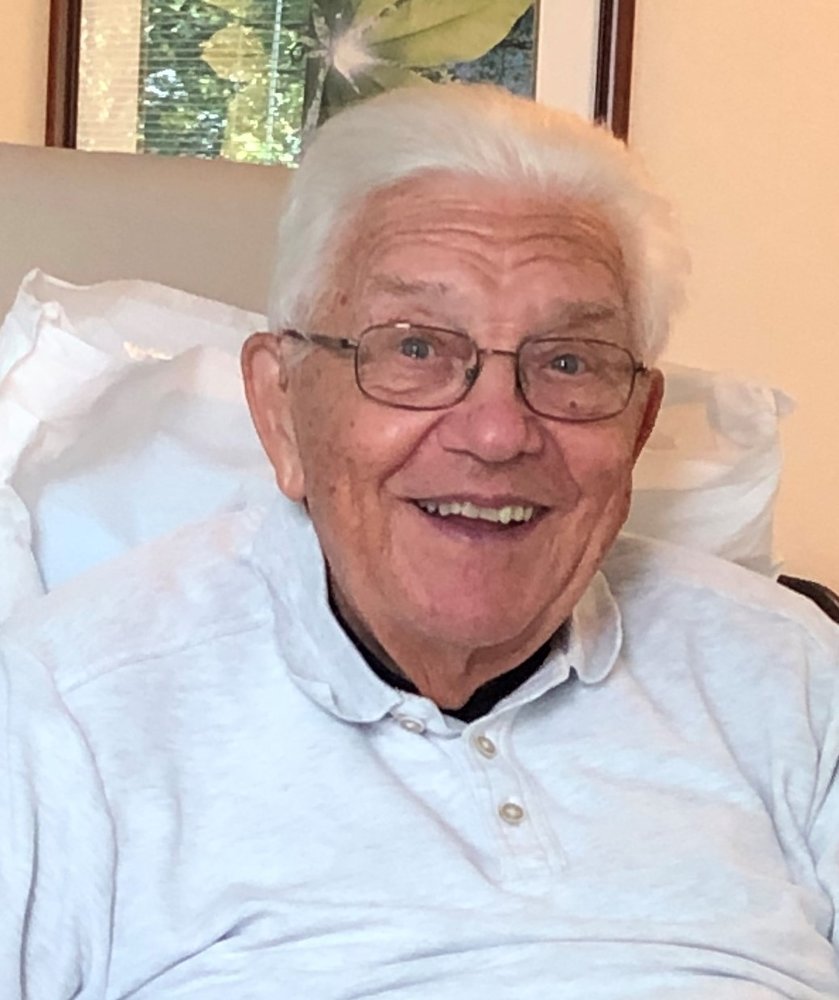 Donald H. Jorgensen of Waukesha, WI passed away at home surrounded by his family on Saturday, October 3, 2020 at the age of 90. He was born to the late Alvina Michalski and Harold Jorgensen on February 2, 1930 in Chicago, IL.  He attended Marquette University High School in Milwaukee and graduated from Edgewood High School in Madison, WI in 1948.  He interrupted his college education at the University of Wisconsin to enlist in the US Navy, serving as an Assistant Navigator on the USS Lindenwald and the USS Pocono.  After an honorable discharge from the Navy, he returned to the University of Wisconsin, Madison.  While studying at the University, Don met the love of his life, Elizabeth (Betsy) Wagener, and they married in 1956.  He went on to earn degrees in Agricultural Engineering in 1960 and Civil Engineering in 1961.

After graduation, Don, Betsy and their three oldest children moved to Waukesha, WI where he accepted a position as an Engineer in Training with the Division of Highways in the Wisconsin Department of Transportation (DOT).  After a long and productive career, Don retired from the DOT in 1992 after serving as the Deputy Secretary of Transportation.  Following his retirement from the DOT, Don worked as a consulting engineer for nine years.

During his years in Madison, Don was at home on the water and found joy sailing his C Scow on Lake Monona.  At age 70, Don took up golf and joined the Madison Chapter of the PGA (Poorest Golfers Available), where he enjoyed years of fellowship and camaraderie.  When his golfing days were over, Don devoted more time to his lifelong interest in photography, capturing memories for family and friends.  To maintain his mental acuity in his 80’s, Don challenged himself by attempting to relearn calculus and differential equations. He loved to read and particularly enjoyed biographies of historical figures.  Don’s enduring curiosity was admired particularly by his grandchildren, who marveled at his ability to adapt to an increasingly technical world.  Never afraid to learn a new skill, there seemed no task too difficult to tackle, no challenge too great to overcome.

Don will be remembered for his humility, sense of humor and quick wit.  His courageous spirit found lightness and hope in any situation.  Don loved his family, took pride in his ability to remain active and independent, meticulously maintaining his home, large yard and snowy driveway into his 90th year. We will miss him dearly. Our memories of his inspiring life will endure and guide us to live our best lives.

Per Don’s wishes, a private family service was held.  Donations in Don’s memory may be made to the University of Wisconsin-Madison School of Engineering.

To send flowers to the family or plant a tree in memory of Donald Jorgensen, please visit Tribute Store

Share Your Memory of
Donald
Upload Your Memory View All Memories
Be the first to upload a memory!
Share A Memory
Send Flowers