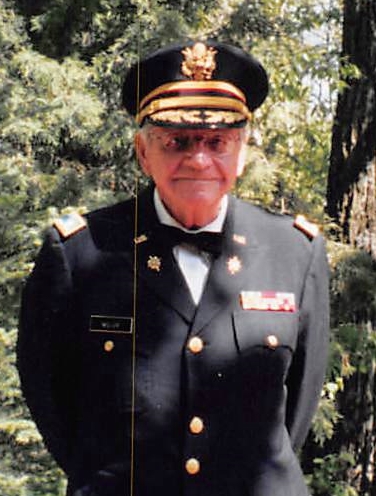 Duane Harold Miller passed away on Sunday July 26, 2020 at the age of 95. Born to Edward and Alma Miller (nee Schreihart) on June 19, 1925 in Milwaukee, Wisconsin Duane attended Immaculate Conception Grade School in Bay View, Wisconsin and Bay View High School until his senior year when World War II stepped in. One afternoon upon arriving home from football practice there was a letter for him from the draft board. He had to report and thus was inducted into the United States Marines. This was very disturbing for him because he was a star basketball player and was promised the “W” Award a full athletic scholarship to the University of Wisconsin Madison. Great Lakes Naval Station became his home for the duration of the war. He was in a special unit of the Navy – The Armed Guard. This special unit served on ships carrying weapons of war both in the Atlantic and in Pacific. He served in both areas. They consisted of a group of gunners mates with one officer.

Duane also had an outstanding career in the Army Reserve, while teaching in Gurnee, Illinois at Warren Township High School he joined the Army Reserve. He advanced quickly and eventually became a Lieutenant Colonel in Military Intelligence. He also served outstandingly at Fort Huachuca and at the Pentagon in Washington, D. C.

Duane will be truly missed by his loving wife Lillian; Sons Warren (Sheryl), Richler (Sue Bartz) and Kevin. He was preceded in death by his son Mark, brothers Floyd and Marvin. He will also be missed by a host of niece’s nephews and family members.

To send flowers to the family or plant a tree in memory of Duane Miller, please visit Tribute Store
Saturday
15
August

Share Your Memory of
Duane
Upload Your Memory View All Memories
Be the first to upload a memory!
Share A Memory
Send Flowers