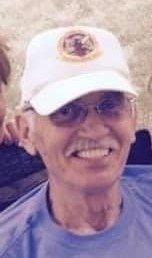 Gregory “Greg” R. Stangel, of Waukesha, passed away on July 14, 2020 at the age of 73. He was born in Butternut, WI on July 2, 1947, the son of Joseph and Bernice (nee Ryan) Stangel. On July 1, 1971, Greg married the love of his life, Debbie Schirripa. Greg served in the United States Marine Corps during the Vietnam War from 1966 until his honorable discharge in 1969. He spent 22 months in active combat. He fought with the 1st Battalion 9th Marines Corps Charlie Company, an infantry battalion that earned the name “The Walking Dead”.  He never forgot the discipline and patriotism he learned during his service with the Marine Corps. Even with this passion for the military, Greg had a warm and caring soul. He ardently assisted anyone who needed a helping hand. He was dubbed the “Snowplower” of his neighborhood. Tenderly and lovingly, Greg took care of his father-in-law who suffered from dementia. He was affectionately called “Grandpa Greg” from family and friends. Greg retired from Tax-Air Freight in 2013 after 20 years of service. Greg enjoyed bowling, his Packers, and most importantly, he loved spending time with his grandchildren.

To send flowers to the family or plant a tree in memory of Gregory Stangel, please visit Tribute Store
Wednesday
22
July

Share Your Memory of
Gregory
Upload Your Memory View All Memories
Be the first to upload a memory!
Share A Memory
Send Flowers