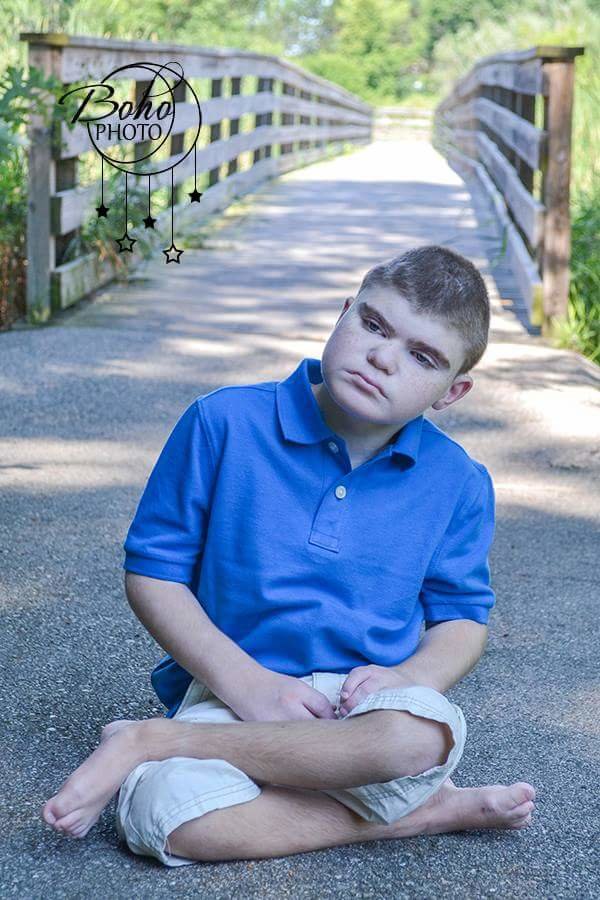 t is with great sorrow I am announcing the passing of our beloved James. James Anthony Teuteberg, age 16, lost his energy to keep swimming on Friday June 12, 2020. He died peacefully at his home with his immediate family.

James was born on October 13, 2003, in Waukesha, WI, to his parents Dave and Léna Teuteberg.

Though James faced a myriad of challenges in his young life, he has taught many life and medical lessons and brought smiles to many faces. James loved relaxing in his hot tub that was gifted to him by the Make-A-Wish Foundation, watching TV, and listening to music. He gave the most magical and aggressive hugs ever, if they were on his terms.

In the past year, James has enjoyed quite a busy life.  He sat in the front seat of the RV while Dad was driving during a 2-week vacation, and that just astonished him. In August, James was able to experience the State fair and had a blast at the Kids Bop concert. He also got to enjoy his favorite resort during the summer season and had fun riding the Dells Ducks too. This year his 16th birthday was spent at the Wilderness, his favorite resort.  The end of October he was gifted his hot tub, which is not the same as the Wilderness , but it grew on him and he loved it. During the Christmas season he enjoyed the theater show ELF and attempted to see The Manger, but was more grateful Heather walked around with him instead. Mom, Heather, and Robyn took him to have a blast at his first hockey game ever. He also saw the Holiday Train, he loved the music. He adored the Christmas lights at Jellystone and attempted to see the live nativity seen, but was not thrilled with it outside in the freezing cold. In January he enjoyed his final jumps at Skyzone. After many years of begging, he was finally able to call Dad and Mom’s old room as his own. Finally, he got to chill during an impromptu trip to Scottsdale to pick up Great Grandma and Great Grandpa.

The family would like to extend a thank you and appreciation to James’ nurses Heather, Jamie, Tony, and Jess.

AN EXTRA SPECIAL TO John Humphrey, MD you are a unicorn of magic.

To send flowers to the family or plant a tree in memory of James Teuteberg, please visit Tribute Store