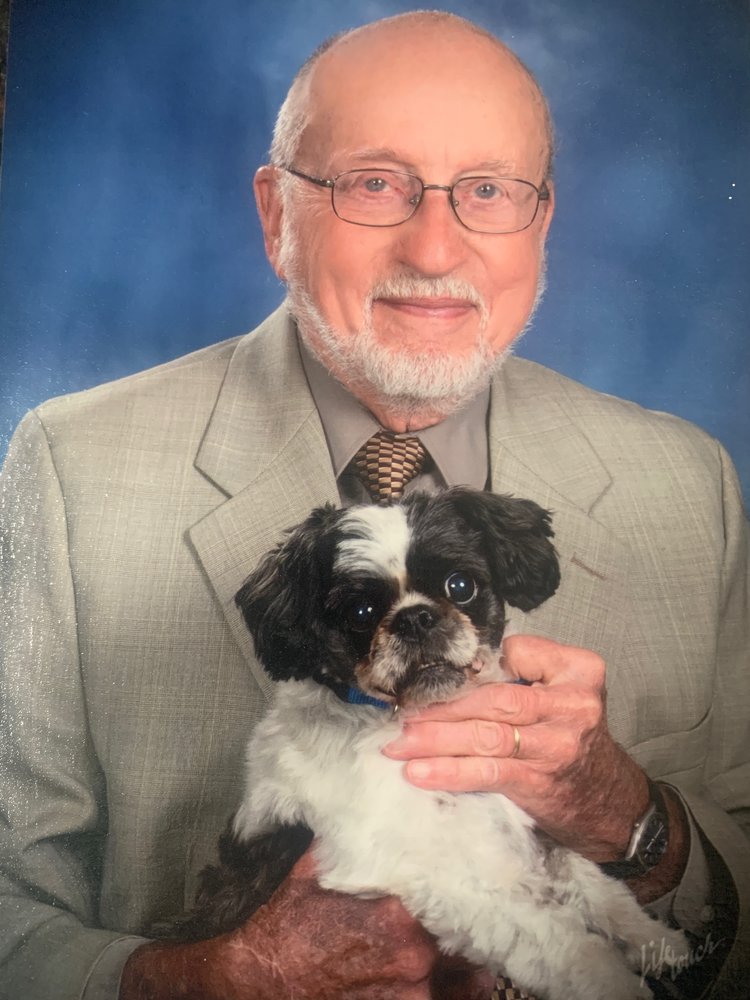 Elfred was born on May 13, 1924 in Hamlet, Indiana, to the Rev. Gustav and Clara (Jungkuntz) Bloedel. He became a child of God through baptism at Saint Matthew Lutheran Church as an infant, where he was later confirmed in 1937. Elfred attended Concordia Teachers College in River Forest, Illinois, where he met Florence Ahlmann, who would become his sweet wife of 60 years. Elfred graduated from Concordia in 1945, and went on to serve as teacher and principal of Trinity Lutheran in Cedar Rapids, Iowa, and Nazareth Lutheran of Milwaukee, Wisconsin. He then became teacher at Congress School in Milwaukee. He earned his Master’s Degree from the University of Wisconsin - Milwaukee in 1968 and went on to become Administrator of Testing for the Milwaukee Public Schools; he served in that capacity for 19 years.

Elfred held a love of music, especially church music, his entire life. He was musical himself early on, becoming his church’s organist at age 14 and playing tuba in school bands. While at Concordia he studied organ at the Rockefeller Chapel in Chicago, and continued to study music at the University of Iowa and the Wisconsin Conservatory of Music. He served as organist of Saint Matthew, Hamlet; Ascension Lutheran, Riverside, IL; Trinity Lutheran, Cedar Rapids; Nazareth Lutheran, Milwaukee; Grace Lutheran, Milwaukee; and Trinity Lutheran and Mount Calvary Lutheran of Waukesha. He also served on the Commission on Worship for the Wisconsin Evangelical Lutheran Synod, and was part of the Hymnal Committee for the WELS 1993 hymnal, Christian Worship. He wrote a number of hymn arrangements for that hymnal and several others. He continued to play piano the rest of his life. Elfred also enjoyed being physically active—riding a motorcycle, playing tennis and ping-pong, gardening, and jogging into his nineties.

The Bloedel family wishes to thank the employees of Ecumen Prairie Hill; the members of Saint Peter Lutheran Church; the pastors, choir, and members of Mount Calvary Lutheran Church; Rivers Edge Hospital; Mayo Clinic Hospice; and Visiting Angels for their care and compassion.

To send flowers to the family or plant a tree in memory of Elfred Bloedel, please visit Tribute Store

Share Your Memory of
Elfred
Upload Your Memory View All Memories
Be the first to upload a memory!
Share A Memory
Send Flowers