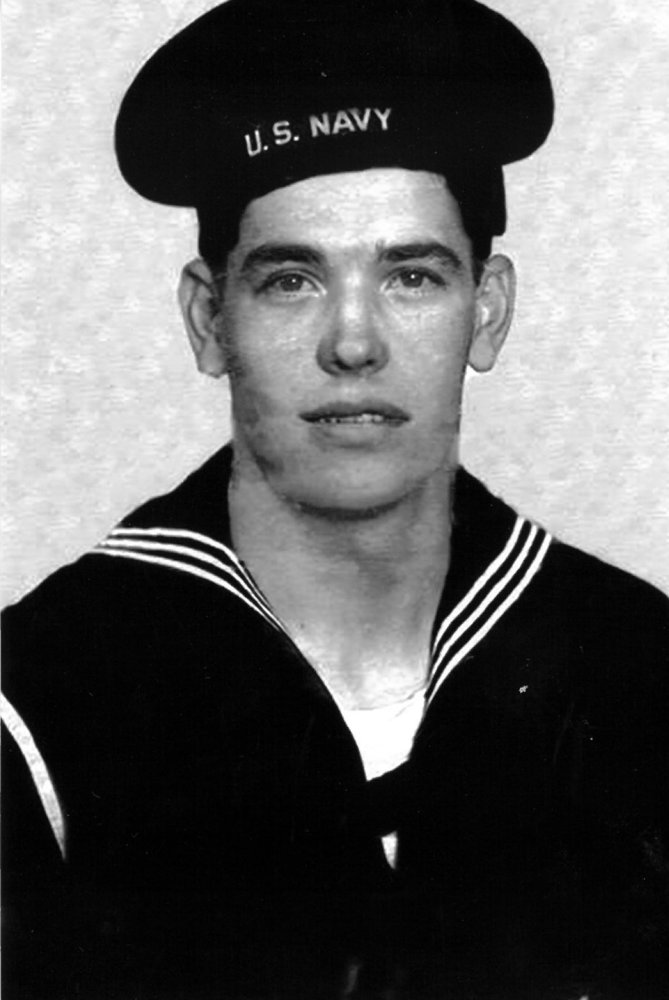 Clifford George Woodie, of Waukesha, passed away at the age of 96.  He was born in Park Falls, WI on January 26, 1923, son of Joseph E. and Mary A. (nee Wallner) Woodie.  Cliff married Ursula Griggs at St. Joseph Church Rectory in Waukesha, WI on January 29, 1949.

Clifford grew up, 1 of 8 children, on a small farm near Park Falls, Wisconsin.  After his school years were over, he worked with his father farming the homestead and logging the great white pine forests in the region.  He joined the Navy during WWII and served his country as a Gunners Mate from 1944 to 1946 onboard the USS Oklahoma, the Camas Meadows and the Liberty Ship Daniel Willard.  After returning home, he met his future bride Ursula Griggs, the wife (Margaret) of his brother (Clarence): thus two sisters married two brothers.  Cliff and Ursula soon moved to Waukesha where Clarence and Margaret had taken up residence.  Clifford worked at the Oldsmobile dealership in Waukesha as a mechanic for many years. Later at Kearney and Trecker in West Allis, where he worked as a hydraulic specialist.  Cliff spent his retirement years enjoying lifelong hobbies of deer hunting and fishing the forests and lakes of the beautiful State of Wisconsin.  He also enjoyed woodworking, keeping up with his beautiful lawn, watching NFL football games, especially the Green Bay Packers; and was an avid Milwaukee Brewers fan.

A celebration of Clifford’s life will be held on Tuesday October 1, 2019 from 9:00 am until the time of the memorial service at 11:00am at Cesarz Charapata & Zinnecker Funeral Home, 237 N. Moreland Blvd, Waukesha, WI, 53188.  In lieu of flowers, memorials are appreciated to the family for the Alzheimer’s Association.

The family would like to extend heartfelt thanks to Hometown Hospice and their team of professionals.  Also to Clifford’s granddaughter Lisa for her loving support.

Cesarz, Charapata & Zinnecker Funeral Home, Cremation and Pre-Planning Services is serving the family.  For further information, please call 262-542-6609, or for directions, an online obituary, or to leave a condolence, please visit www.WaukeshasFuneralHome.com.

To send flowers to the family or plant a tree in memory of Clifford Woodie, please visit Tribute Store
Tuesday
1
October

Share Your Memory of
Clifford
Upload Your Memory View All Memories
Be the first to upload a memory!
Share A Memory
Send Flowers