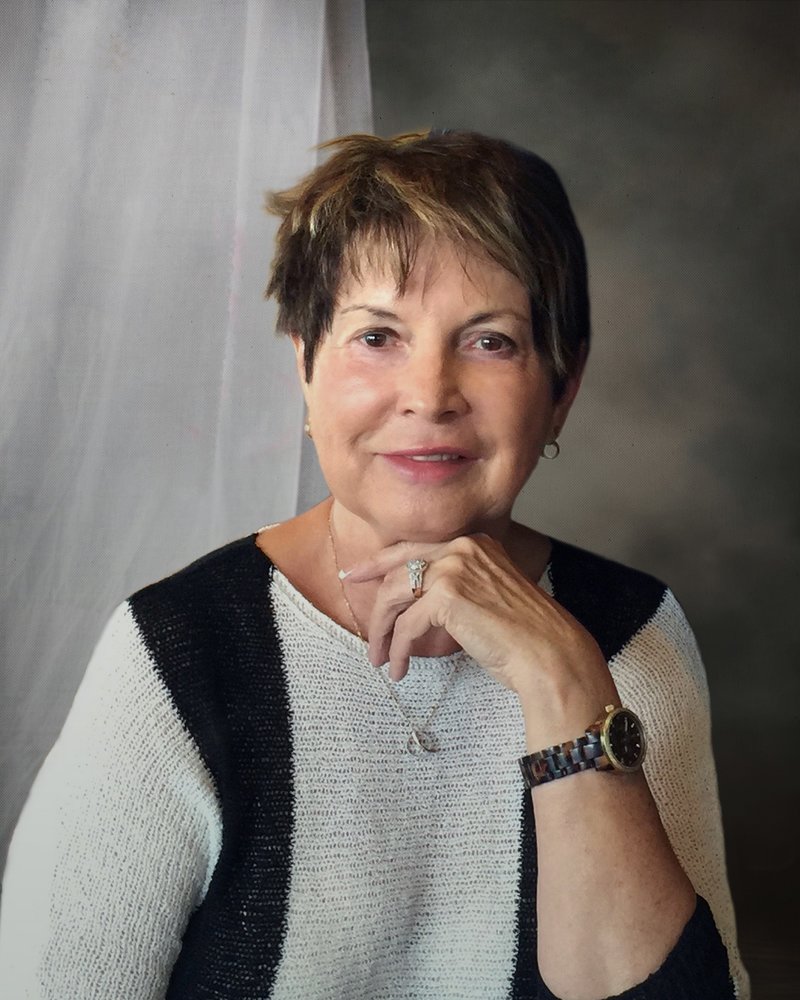 Obituary of Patricia A. Corkran

On May 12, 2019, Patricia “Patty” Ann Duncan Corkran of Waukesha, Wisconsin, peacefully passed away, with her husband Jerry and daughters Shari Corkran Young and Lycia Corkran Thornburg at her side, after a valiant battle with cancer. With equal measure of stellar perseverance and grace, Patty left this life on Mother’s Day, passing her baton to her two daughters to bless their own children with memories of her presence and love.

Patty was born on January 6, 1943, in Kansas City, Missouri, to Elmer Duncan and Martha Metzler Duncan. Patty met her future husband Jerry at Holden High School, from which she graduated in 1960. She and Jerry married on March 22, 1963. Patty valued hard work and education, finishing two years at Central Missouri State University. She then supported Jerry while he finished his degree at the University of Missouri in Columbia.

The young couple then moved to Wisconsin for Jerry’s first engineering job at Allis Chalmers. Patty and Jerry had two daughters: Shari and Lycia. Patty stayed home to care for her children until they began elementary school, and then chose to return to the work force, initially at the girls’ elementary school so she could be close by during the school day. Her proudest accomplishment was her family. In addition, Patty enjoyed volunteering, including being a Girl Scout Leader and for the hospital later in life.

Once the girls were older, she pursued an administrative career, working her way to the positions of Executive Director of the Board of Realtors, a manager at Women’s International Bowling Congress, and Association Executive at American Society for Quality. She achieved accreditation as a Certified Association Executive for the American Society for Association Executives (ASAE), ultimately serving on their Chapter Relations Section Council from 1997-2000. While in this position, Patty and Jerry thoroughly enjoyed their opportunities to travel throughout the United States. Jerry supported Patty and was very proud of her achievements, won by hard work and determination.

Since her diagnosis in 2017, Patty and Jerry voraciously tackled numerous “bucket list” adventures, including a family Thanksgiving trip to New York and an exploration of Australia and New Zealand. Patty and Jerry shared many lovely memories of traveling over four continents throughout their marriage. They traveled with Clint and Carol Solberg to Europe and went on cruises. In her later years, Patty went on “girlfriend trips” with Joyce Foss, Carol Solberg, Julie Warner, and Cie Motelet. She especially loved the holidays and time shared with family; Thanksgiving and Christmas were often spent in either Rapid City or Denver with her children and grandchildren. People often thought Patty and Jerry were “locals” since they were around so many times throughout the year. They also timed their visits so they could attend hockey games, volleyball games, school programs, ballet recitals, high school and college graduations, and her beloved tennis matches. One important bucket list item was their 2018 anniversary trip to Lake Geneva, WI, that included all her grandchildren and was meticulously planned to include the arrival, dinners, boating, a visit to Yerkes Astronomical Observatory, and dominoes matches galore! Often during these trips, Patty displayed complete fulfillment—with the hint of a smile and a deep, insightful gaze as she knew she was giving her children and grandchildren a gift of long-lasting memories that will be cherished forever.

Patty enjoyed playing bridge, and her regular games became a significant aspect of the interweaving’s of her life over four decades. She felt the love and connection with these wonderful friends up to the end of her life.

Patty was an avid sports fan and enjoyed faithfully attending Badger football games with her longtime friends. These friends were like family, and in turn the tradition continued with their children joining in on the rituals. Patty cherished these moments always.

While their children were young, Patty and Jerry visited family in Missouri twice per year. They felt it important to spend time with their parents, whom they loved, and wanted their children felt to experience the bond of family. So, frequent visits to the farm resulted in strong family connections. Lycia and Shari still feel close to their cousins and relatives, especially Dennis Corkran and Kathleen Kephart, on whom they now rely to help prepare Patty’s funeral. Prayer warrior Linda Smithson has also been a rock in these troubled waters. Patty and Jerry enjoyed their time with Jerry’s brother Dale and his wife, Katherine along with their extended cousins. Patty also had three double first cousins to whom she felt very close: Debbie (deceased), Gary Duncan and Barbra Taylor.

Patty and Jerry were members of Ascension Lutheran Church for over 50 years. Their children and many of their grandchildren were baptized there and their daughters were confirmed there. Patty enjoyed going to her weekly bible study with her lifelong friend Sandy Peterson. This time of study became increasingly comforting to her over the years. Both Sandy and her husband Bob were also wonderful neighbors to them for over 50 years.

As Patty’s time was nearing, she didn’t want to disappoint us and we didn’t want her to leave us, so we asked her to keep fighting her hard battle with determination until the end. We loved her unconditionally and became selfish in wanting to keep her with us until we finally recognized that she had suffered too much and needed to pass into our Lord’s care. It’s true, when all is said and done, that grief is the price we pay for great love. She felt our love as she was surrounded by her family until the end.

Visitation will be held at 2 p.m. on Sunday, May 26th, 2019, at the Cesarz Charapata & Zinnecker Funeral Home, at 237 North Moreland Boulevard, Waukesha, Wisconsin, followed by a funeral service at 4 p.m. Patty and family will then travel to Holden, Missouri, for a final celebration of life and interment the following week. Visitation in Missouri will be at the First Baptist Church of Holden from 11 a.m. until 1 p.m., followed by an open house lunch at 601 South Market Street. Burial will take place at 2 p.m. at Holden Cemetary, 1369 SW 400 Road.

In lieu of flowers, the family is requesting memorial gifts to support the Medical College of Wisconsin Blood, Marrow, and Cellular Therapy Research Program. Please send contributions to:  Medical College of Wisconsin, ATTN: Office of Development, PO Box 26509, Milwaukee, WI 53226. Please include her name: Patricia Corkran. You may also contribute by visiting: https://www.mcw.edu/giving/ways-to-give/donate-now.

We are grateful to all who have been a loving part of her life.

To send flowers to the family of Patricia Corkran, please visit Tribute Store
Print
Sunday
26
May