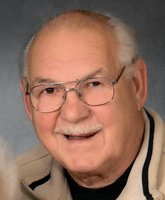 William “Bill” Orne II, longtime resident of Waukesha, passed away peacefully at his home on May 7, 2020 at the age of 80.  He was born on August 19, 1939, the son of William Orne and Gertrude Urquhart (nee Gastrow).  He married the love of his life Barbara Jean (nee Cherek) in October 1962.  Together, they raised their three children: William “Bill” (Susan) Orne III, Kathleen (John) Ostrowski, and Robert “Bob” (Ange) Orne.  A long-time cement finisher, Bill played competitive softball throughout the state and enjoyed hunting and fishing with family and friends. He also continued to play golf multiple time a week well into his 70s.

Bill will be sadly missed by his children and grandchildren: Samantha Orne, William Orne IV, Joshua Orne, Nicholas Orne, Jason Ostrowski, Jacob Ostrowski, Harley Smith, Zackary Smith and Tanner Orne.  He is further survived by his sister, Janice (Charles) Putz as well as many nieces and nephews, other family and friends. He is preceded in death by his wife, mother, and sister, Carole Reddich.

A Celebration of Life for Bill will be held at a later date.  In lieu of flowers, memorials are appreciated to Fraternal Order of Eagles in Waukesha, 709 N Grandview Blvd, Waukesha, WI 53188.